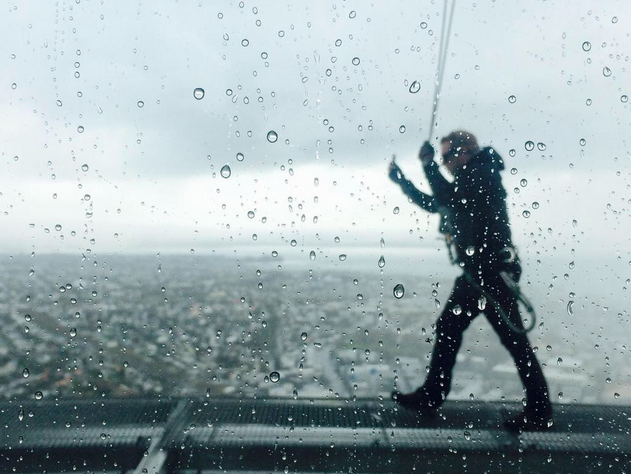 What a week! It’s been topsy turvy here at home, we’ve seen extremes overseas, and even further afield, climate news from 7.5 BILLION Kilometers away on the surface of Pluto.

But let’s start on home soil, where Auckland was in the headlines last weekend, with fog causing travel disruptions – and dozens of flight delays on Saturday.
A flight from Rarotonga was diverted to Christchurch Saturday morning, and another from outside of Hong Kong was delayed, but landed shortly afterwards, according to an airport spokesperson.

International weather has made headlines for all the wrong reasons this week – firstly in Japan, where thousands of people have been hospitalised and at least 16 people died as the result of a record breaking heat wave that has gripped the country for several weeks, officials said.
More than 2,000 of those hospitalizations and at least two deaths occurred last Saturday and Sunday alone, according to NHK reports.
Temperatures soared as high as 99 degrees in Isesaki City, located about 60 miles north of Tokyo on Saturday, while on Sunday it only got worse, with Tatebayashi, Gunma Prefecture, hitting 101.8ÂºF.

In another international tragedy this week, Nepal was in the headlines for all the wrong reasons again this year – with monsoon rains triggering deadly landslides – killing at least 29 people according to reports.
Rescuers on Thursday were still searching through rubble for around 15 more people believed missing in the western district of Kaski in the foothills of the Himalayas, around 150 kilometres west of the capital Kathmandu.

What happens when the most powerful man in the world meets one of the most influential naturalists of all time?
Well, in what was described as ‘an extraordinary meeting of minds’, President Barack Obama has interviewed Sir David Attenborough at the White House, as part of celebrations for Sir David’s 89th birthday.
During the meeting, the two men discussed the future of the planet, their passion for nature and what can be done to protect it. Excerpts can be viewed below.

Much, much farther afield now, and it’s not often we talk about ‘weather’ on other planets – but this week we saw some more truly incredible images of our most distant Solar System neighbour – Pluto – come in from NASA.
As part of the New Horizons project, new images show that luto is hazier than scientists expected, and appears to be covered with flowing ice.

A little closer to home, across the ditch some in New South Wales have been shivering through a colder than usual winter – none more so than farmers.
The Department of Primary Industries, at the Cowra Research Station, is conducting autopsies on an abnormally high number of lambs from its commercial lambing flock.
The national average for lambing mortality is 10 per cent in ewes with single lambs and 20 per cent for twins.
But researcher, Dr Gordon Refshauge, said the mortality rate in this instance is almost 40 per cent.

Meanwhile in Victoria, weather has been the talk of the town in Melbourne for the last few weeks – as it struggles through a July more typical of the mid 1900s.
For some Melbournites, this will be the coldest winter they’ve ever experienced – with average temperatures consistently at 1950s levels!

Back on home soil, some of our readers have been telling us that conditions in their town or city have more in common with spring than winter for this time of year – as we’re seeing weather patterns more typically associated with next season!
Check out some of our reader comments, and Philip Duncan’s thoughts, here.

Heading into the weekend, our weather is due to take another spring-y turn – check out your detailed forecast video here – and don’t forget to vote in this week’s poll, below!