A year in Nepal, Samoa rebuilds and 1000 new forecasts – Your past week in headlines 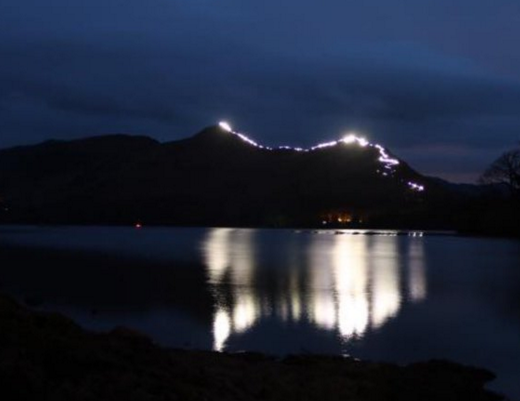 It’s been another huge weather week – and we’ve been flat out keeping up with everything going on around the world.

First, let’s start in Samoa, where Cyclone Amos brushed past the island nation and carried on its way, leaving some ugly scenes in its wake.

While four families in Savaii and one in Upolu had to evacuate to higher ground when Cyclone Amos struck last weekend, in a statement, the Samoan Government said there were no reported casualties.

In news from farther afield, one year from the first of the two deadly Nepalese quakes, many people are still afraid to live in their homes.
The dual quakes claimed 8,856 lives, destroyed or damaged 800,000 homes and left up to four million people without a safe place to live.

Catbells last night, lit up by hundreds of people with torches raising funds for the Nepal earthquake @NotJustLakes pic.twitter.com/pDTLb3oZAP

Across in the United States, it was more severe weather this week, as a series of deadly tornadoes, fierce storms and high winds destroyed buildings and left trees and property in tatters.
The storm spawned tornadoes in five states Tuesday: Texas (2), Indiana, Oklahoma, Kansas (2) and Missouri, the National Weather Service said.
A 62-year-old woman died when a tree fell on her mobile home in Tomball, Texas, Harris County sheriff’s spokesman Deputy Thomas Gilliland said.

VIDEO: tornado forming over SW Omaha taken by chaser Mike Lachendro out the window of his workplace pic.twitter.com/seVDELrgjx

A little closer to home, across the ditch in Australia, the Condamine River in the Australian state of Queensland is apparently prone to ignition, as demonstrated by Jeremy Buckingham, an Australian Green MP.
Its flammable nature is due to methane infused within it, and Buckingham says he was “shocked” by the force of the explosion.
The MP blames nearby coal seam gas operations for the release of methane into the environment.
Check out the video, below.

Staying in Aussie, a string of temperature records were broken in February – causing alarm when it was the most unusually warm month on record by a huge margin.
But that record was broken immediately by March.
And this week the Bureau Of Meteorology released its seasonal outlook, showing above average temperatures are set to continue across the country at least throughout May.

Back on home soil, and the government’s goal of 90 percent renewable electricity generation by 2025 can be achieved, a new report argues.
The Royal Society of New Zealand commissioned the research which was written by a panel of experts, led by Victoria University Professor Ralph Sims – you can read more, here.

A couple of developments this week at WeatherWatch.co.nz – we have our brand new app available for free download to any operating system, here, and big news to finish the week, as we’ve added more forecast locations – taking our total past the 1000 mark!

And finally, don’t forget to check out your weekend weather outlook with Philip Duncan, here – and vote in our latest poll, below!