Weather headlines for Tuesday – Hot again for parts of NZ, becoming cooler in the south. 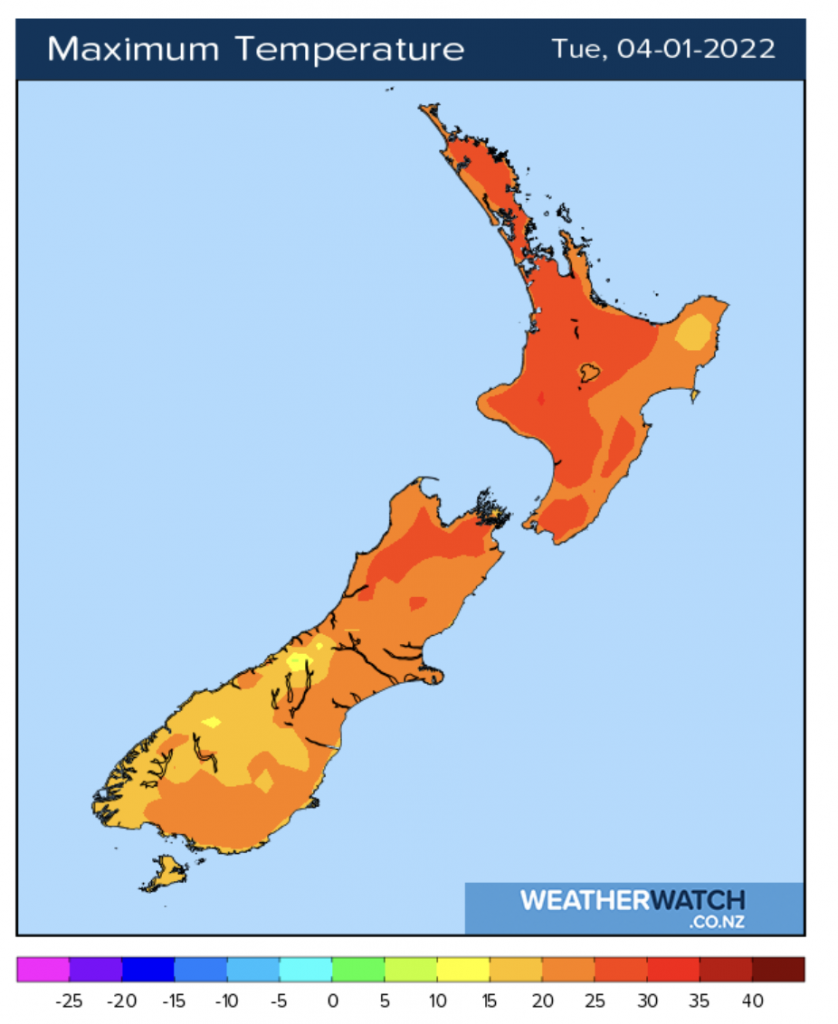 Each morning this week we’re running our top 3 headlines of the day. Here’s what’s making the news for Tuesday Jan 4th.

HIGH PRESSURE CONTINUES TO DOMINATE NZ
High pressure looks set to continue to dominate most of NZ for the rest of this week and the weekend. The 7 day departure from normal maps for rainfall show most of NZ in the red and pink shading – which means it’s leaning drier. Some afternoon showers or downpours are possible in both islands, mostly inland and isolated.

You can find our rainfall accumulation maps here.

HOT TUESDAY FOR INLAND NZ – TEMPS OVER 30C BUT COOLER CHANGE COMING
Today will be another hot one for many inland parts of the country although regions further south may not be quite as hot as they were yesterday.

www.RuralWeather.co.nz also has humidex temperatures (feels like) hourly for 10 days out in all hyper-local parts of NZ.

Tomorrow even cooler air moves into the lower South Island and cooler still by Thursday with some parts of Southland only just reaching the teens at the hottest part of the day.

This is simply reporting what is already showing up publicly in long range modelling – some of which show NZ being impacted. However it is far too early to lock in much more, other than there is a fairly strong possibility of at least one tropical storm forming over the next two weeks north of NZ. Whether or not any tropical nations – or even NZ – will be directly impacted is not yet known. Powerful high pressure continues to dominate NZ and they can help guide, or even stop, tropical lows.

One to monitor – we’ll keep you posted in our daily updates.