VIDEO: Both Australia & NZ have storms in the north west worth watching 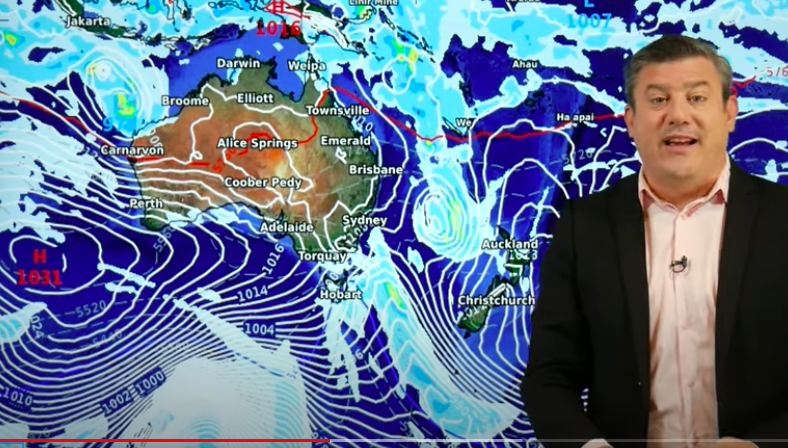 A tropical cyclone in Aussie’s north west and a developing storm north west of NZ are both worth monitoring over the coming days.

The cyclone in western Australia is offshore and another nearby low is currently ‘stealing’ energy from it – but it could come back and still make a direct hit (or near hit) to Perth by Monday.

Meanwhile a low east of Brisbane today will deepen out in the Tasman Sea later this week bringing a period of heavy rain and gales to NZ by this weekend – followed by another stormy low next Monday.

We also take a special long range look at the 15 day rainfall forecast for NZ’s North and South Islands.