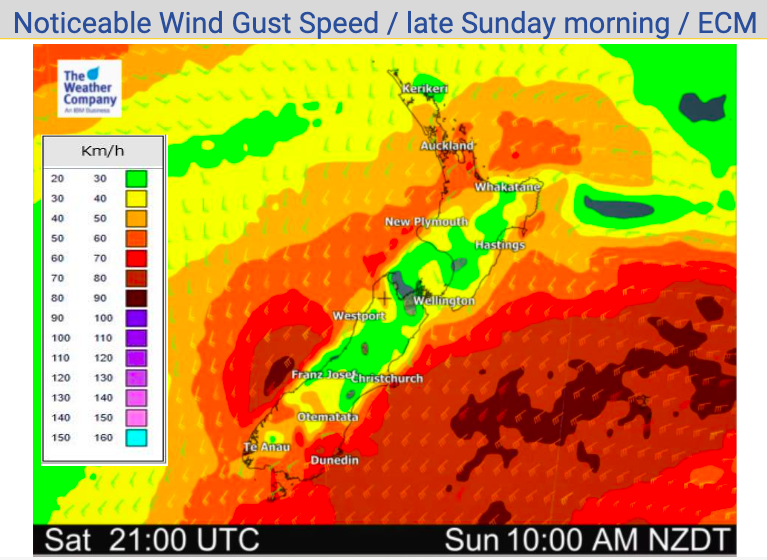 A south to south west flow covers most of New Zealand today with winds starting to ease back, generally speaking. However some of the more usual exposed areas under this flow may still be a bit windy at times, especially Dunedin to Invercargill (or the south east corner of the South Island) where gales are still likely.

A powerful high pressure system is starting to move in from the south west and will bring a dry week ahead for much of the country with lighter winds.

There may be a couple of isolated showers over the nation today but for the most part New Zealand is dry. Winds will be lightest inland and may turn a bit more south east in the lower North Island.

Don’t forget you can now track cloud cover in your hourly forecasts at WeatherWatch.co.nz along with wind speed and direction.

In the tropics a depression north west of Fiji is expected to be named a tropical cyclone. We’ll have much more coverage across this week focusing on this.