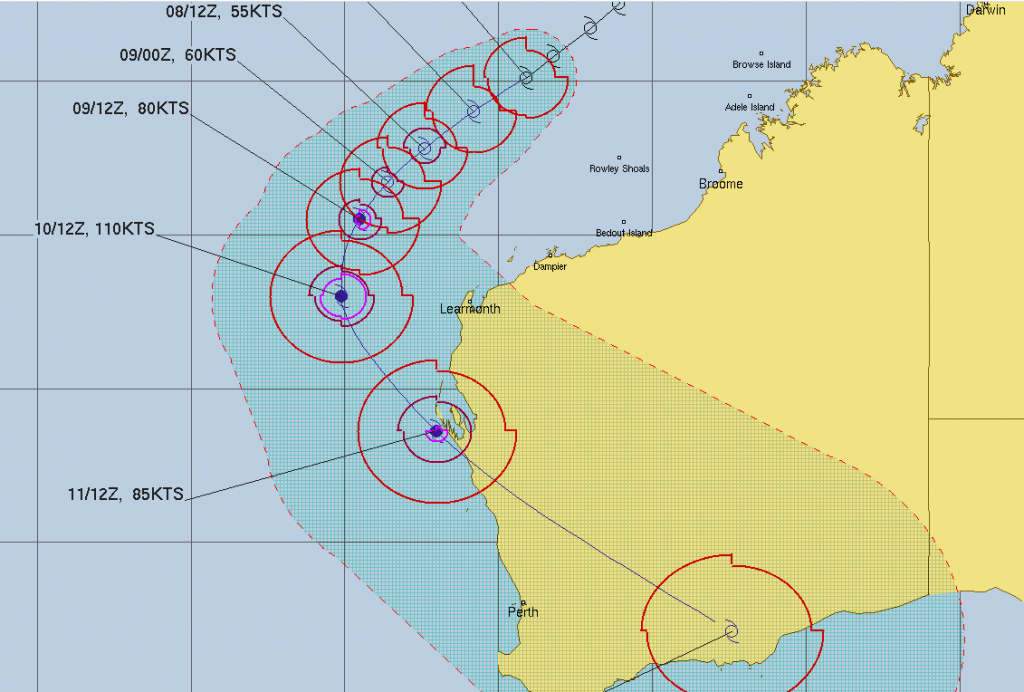 Cyclone Seroja may have temporarily weakened but forecasters at Australia’s Bureau of Meteorology (BoM) still expect the cyclone to reach Severe Category 3 status as it slides down western Australia’s coastline.

Seroja has already turned deadly after initially severely impacting Indonesia with latest estimates putting the death toll at 167 across Indonesia and East Timor combined, while dozens are still reportedly missing.

This morning (Thursday) the cyclone has winds sustained at gale force (65km/h) and gusting 95km/h as a Category 1 system.

It’s not often Perth is in the firing line for a tropical cyclone, but Seroja may briefly move through the area to the north, bringing a burst of heavy rain and gales this weekend, although it’s expected to be much weaker and moving fast at that point.

The cyclone started its journey in the tropics near Indonesia where it was slow moving and brought heavy rain and mudslides. When it makes landfall in western Australia this weekend (likely Sunday at this stage) it will be tracking very quickly inland where it will weaken fast to a rain event only, before dropping into the Southern Ocean.

Rainfall totals in usually dry western Australia, from Sunday morning to Tuesday morning, range from 10 to 50mm at this stage. This may still change with the tropical cyclone already proving tricky to forecast due to another storm nearby which yesterday took some of Seroja’s energy.

Those in WA should be up to date with any official BoM warnings.