Home > News > A British storm, an Airbus crash and clo...

A British storm, an Airbus crash and cloud magic – What’s been making weather headlines this week? 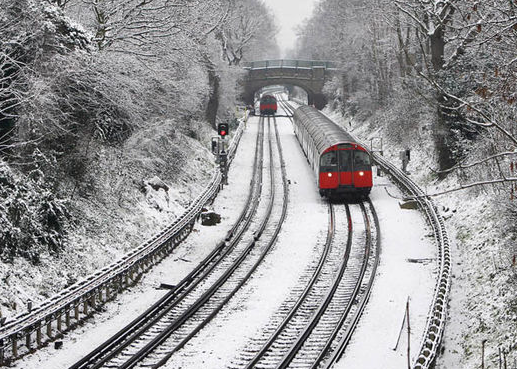 It’s been another eventful week in the weather world – with plenty going on at home to keep us occupied, as well as storms, fire bans and an earthquake!

Let’s start in the United Kingdom, where many homes in the South West of England were flooded on Monday (Sunday UKT) after enormous waves and 65mph (110km/h) winds rocked the coast.
The waves struck buildings and smashed windows in Cornwall as severe weather coincided with a spring high tide.
Fire crews were called to deal with flooding, while the Met Office issued a severe weather warning for the South West.

Other parts of the country were covered in snow through the week, despite spring having well and truly sprung in the Northern Hemisphere!
A swathe of freezing air from the north pole has swept across the UK, sending temperatures plummeting across the country.
The mercury sank to -4C (25F) in the north overnight on Thursday (Friday NZT) with lows of below freezing everywhere apart from the far south.
Daytime temperatures this coming weekend will struggle to get much above 5C (41F) in the north, with highs of around 9C (48F) elsewhere.

Staying overseas, and Japan received yet another devastating reminder of the power of tectonics, as at least nine people died after an earthquake struck Japan late Thursday (Friday NZT), as search crews scrambled to dig through rubble, looking for people trapped under collapsed buildings.
The magnitude-6.2 quake struck near Ueki, the U.S. Geological Survey said.
Two deaths occurred in Mashiki, the Kumamoto Prefecture office said. One person died in a collapsed house, and the other died in a fire caused by the quake.

As many as 19 houses have been destroyed by an earthquake in Japan, trapping a large number of residents https://t.co/BTkdoY4KNd

Back at home, and one of Central Otago’s worst seasons for fire danger has come to an end, as the total fire ban on the region’s central zone was lifted this week.
Otago Rural Fire Authority principal rural fire officer Stephanie Rotarangi said cooler days and nights allowed it to move the region into a restricted season in which fires could be lit if a permit was obtained.
The number of incidents in Otago’s rural zones increased this year with 729 callouts from October 1 to March 31 compared with 643 for the same period in the previous season, she said.

The long, warm summer hasn’t been all bad news, however, as it’s seen the number of guests staying in New Zealand’s commercial accommodation continue to increase – and we weren’t harmed by having an extra day at the end of Feb, either.
Statistics New Zealand’s Accommodation Survey shows that national guest nights for February were 7 per cent higher than in February last year.
Statistics New Zealand business indicators senior manager Neil Kelly said guest nights had been rising for about two years.

In aviation news, this week saw some pretty stunning footage come to light – as an Airbus plane crashed to the ground while being moved.
The disused Air India A320 aircraft was being transported near Begumpet Airport in Hyderabad on Tuesday when the incident occurred.
It was being shifted from the airport to the airline’s cadet training facility via a crane mounted on top of a 16-wheelbase transport carrier.
Check out the video, below.

If you have scientifically minded kids who like experiments, or you’d like to try something to bring out the kid in you, check out this cool guide to making your own clouds at home!
You’ll just need a large-ish glass container, (preferably with a sealed lid), some hot water, cold water, an aerosol spray can, tape, and ice cubes.

And finally, check out some of our favourite tweets and posts sent in by our readers from around New Zealand (and the world), right here.
Also, have your say in this week’s poll, below, and check out Philip Duncan’s Weekend Weather outlook – including the skinny on those incoming rainmakers, here.