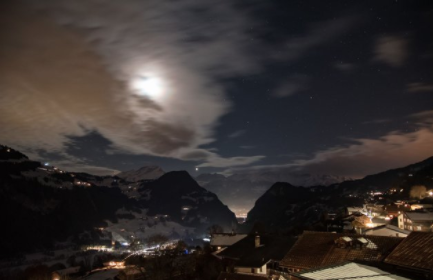 2017’s weird and wild weather continues around the world, while at home we’re still shivering through a somewhat chilly summer!

We began the week with our eyes on the skies – or, more accurately, space, as a comet that started life in the outer reaches of our solar system will be visible from Earth for the first time, as it approaches our planet’s orbit.
On 25 February this year, it will approach Earth’s orbit, passing at a distance of nearly 32 million miles (51 million kilometers) from Earth. But Nasa still doesn’t know whether the object is an asteroid or a comet.
The comet will be 66 million miles (106 million km) from Earth at its closest approach.

The brightest light in the middle of the photo should be the actual comet C/2016 U1 NEOWISE #switzerland #Nightwatch #comet #Nikon pic.twitter.com/Ou0RZPIKcs

Across in Europe, a freezing week of sub zero temperatures and heavy snowfall are making life even harder for thousands of refugees living in limbo across the continent.
The cold snap gripping Europe has left dozens of people dead, including refugees in Bulgaria, according to Agence France-Presse.

The recent cold snap has now been blamed for at least 69 deaths, and has seen the lowest temperatures for decades in some parts.

Back at home, we may not be quite as frosty as Europe, but our summer has certainly surprised many by just how chilly it’s been!
Whatever your view, the cold miserable weather so far this year in many parts of the country isn’t the usual weather we see – but it’s not out of the question either.
So why is summer spluttering? Read Philip Duncan’s OpEd piece, here.

And staying on the beach, that chilly feeling you may have noticed in the water this year? It’s not your imagination!
Government meteorologist Ben Noll confirmed that water temperatures are 1Â°C to 1.5Â°C cooler than average.
Government forecasters put the chilly oceans down to two reasons. One is an abnormal amount of south-westerly winds. This brought cooler air over the Tasman Sea and areas east of the country.

And ever wondered which airline to book with if you’re worried about punctuality? Check out the list of the most reliable airlines from CNN, here – and don’t forget to vote in our latest poll, below!