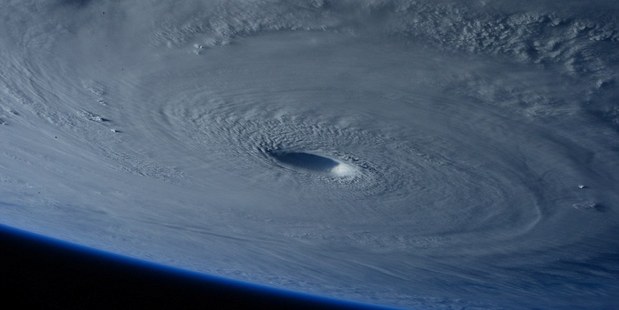 A short but eventful week has come to a close – and there’s plenty to look back on over the last seven days in the weather world!

We start in Central Otago, where Alexandra emergency workers were inundated with calls from people hit by heavy rain on the weekend – to the tune of 30 callouts in 90 minutes last Saturday night.
According to the Fire Service’s communications shift manager, Andrew Norris, most of the calls were to pump water from garages and basements.
The hour long thunderstorm doubled the town’s fire brigade calls for the year, and was accompanied by 24mm of rain in an hour, causing widespread surface flooding in the town.
Alexandra Volunteer Fire Brigade Chief Fire Officer Russell Anderson said the brigade received 34 calls as a result of the flooding – matching the number of calls it had already attended so far this year.
Clyde firefighters were called to help the Alexandra crew and about 30 firefighters spent almost three hours helping clear floodwaters.

New Zealand farmers have been through a lot already this year – but they’re being warned to prepare for even worse, as conditions appear to be ripe for development of the notorious El Nino.
El Nino – usually translated from Spanish as “The Christ child” or “male child” – influenced weather patterns worldwide, causing bizarre weather anomalies.
Federated Farmers said it was wise to prepare for a possible El Nino, but not to panic.
Government meteorologists said the chances of El Nino manifesting this year were twice as high as usual.

An Australian research body issued a dire warning for “the lucky country” this week – claiming that droughts will increase in both regularity and severity in future – due to climate change.
The Climate Council argued in its latest paper, titled ‘Thirsty Country: Climate change and drought in Australia’ the rate of suicide in men aged between 30 to 49 could rise by up to 15 per cent, as the severity of drought increased.
The crowdfunded body claimed that since the mid 1990s rainfall in south-east Australia had declined between 15 and 20 per cent.
It said water would also become more scarce as “pressure on urban water supplies intensifies”. In Perth and surrounding areas the report forecast annual water demand would outstrip supply.

Staying in the South Pacific, and aid workers helping in the devastated nation of Vanuatu are starting to trickle back from their assignments – but the work is far from complete.
An Australian Urban Search and Rescue taskforce returned from Vanuatu this week, after a 10-day operation to repair schools and hospitals in Port Vila after Cyclone Pam.
The team was led by Fire and Rescue NSW and comprised of 56 personnel including fire officers, paramedics, doctors and engineers.

Two years after the devastating Super Typhoon Haiyan, another massive storm is on the way towards the Philippines – and photos from space are amazing.
Images of Typhoon Maysak, packing winds of more than 225km/h and heading for the Philippines, have been snapped from orbit by two astronauts.
Residents and tourists along the eastern coast have been warned that it will hit land some time in the next 72 hours.
It is expected to weaken once it hits the central or northern parts of the main Philippine island of Luzon on Sunday or Monday (NZT).

Looking down into the eye – by far the widest one Iâ€™ve seen. It seemed like a black hole from a Sci-Fi movie #Maysak pic.twitter.com/hmdBStaY6r

Staying in space, an interesting question has been raised in the wake of the news that NASA astronaut Scott Kelly will spend 342 days on the International Space Station – what exactly does a year in space look like?
CNN produced this video to find out.

At the start of a new month, we take a moment to consider the weather patterns we’ve seen in the one just gone – and look at the one ahead.
Our last report talked about a change in New Zealandâ€™s weather pattern, to a more Autumnal one – and you can check that out, here.

And finally – you can check out the forecast for the rest of your long weekend, here – and don’t forget to vote in our latest poll, below!