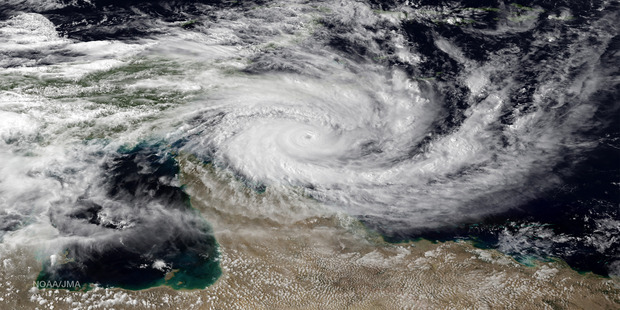 The word of this past weather week has been RAIN.
Whether too much or not enough, rain has been on everybody’s lips – and especially in the Solomon Islands, where we’ll start the review of the week.

Last week, unprecedented flooding in the Pacific island nation claimed the lives of 23 people and left 9,000 homeless.
It also wreaked havoc on Honiara’s water mains, with around 50 per cent of the city now unable to access water, and pipes to one of the main water supply depots broken.
Early reports were around the condition of those forced into emergency shelters, where many found shelter from the rains, but soon faced another, potentially more dangerous threat – disease.
Both Australia and New Zealand sent equipment and personell to the Solomons this week to help out with the relief effort, but the sheer scale of the disaster – with 40,000 people affected – quickly became apparent.
Authorities say it could be weeks before water supplies to the capital, Honiara, are restored.
Anyone eager to help with the relief effort can click on any one of the following links:

* Save the Children is helping affected children

Meanwhile, closer to home, Australia has been bracing itself for impact, as Tropical Cyclone Ita gathered strength toward the end of the week, and bore down on Queensland.

On Wednesday, it was classified as a category three system, strengthening as it drew nearer to the Queensland coast.
It was then upgraded even further on Thursday – to category five, and local weather experts warned that it could create dangerous storm surges, meters higher than usual.
The windstorm, which carried winds of up to 280km/h in the centre, made landfall late Friday night – and the latest updates on its progress can be found by following Philip Duncan on Twitter, as well as with our friends at Weatherzone, here.

Finally in the week, we turn the focus back onto home turf – and the incredible year that is continuing for our North Island farmers – after months of dry, windy weather in some areas.
While the New Zealand Government says conditions aren’t widespread enough across regions for droughts to be delcared, those unfortunate enough to be in a dry zone are finding conditions tough – even tougher than last year, in the midst of the worst drought in half a century.
Some have been telling WeatherWatch.co.nz this since the end of last year – and have received little rain since then.

However, never ones to end on a sour note, Weatherwatch Head Analyst Philip Duncan can reassure us, somewhat, that rain may well be on the way in the very near future.
“We’re seeing more and more showers popping up across the North Island this weekend and in the coming days, while next week we have at least two low pressure systems moving in from the west and north west”.
The second low, which may arrive during Easter, may well be remnants from current Tropical Cyclone Ita in the Coral Sea.

Remember to check us out on Facebook, as well as having your say in our latest poll!