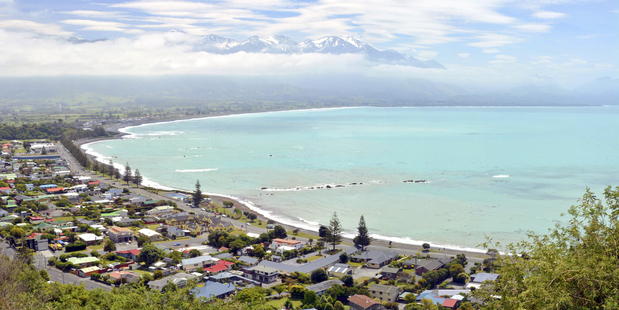 Well, it was supposed to be ‘the week after Lusi’ – but unfortunately for those in drought ravaged parts of the country, the Tropical Cyclone turned out to be less rainmaker and more damp squib.
As the broad storm tracked south from the Far North, power was to cut to thousands of homes, roads were flooded by large coastal swells and trees toppled by the high winds.
But the anticipated widespread damage did not eventuate as Lusi was downgraded to a deep depression by landfall on Friday night.

At least thrill seekers were able to take advantage, with some daring souls getting out into the ocean to enjoy the extreme conditions and taunt mother nature.

There was some latent frustration with Government forecasts which was evident among commenters on Weatherwatch after the storm, with one person noting:

“As NZ does not have a storm alert system, it is high time you gave us a better view of it, so we can get word out quickly when they form.
I’ve had an updraft explode on top of me with a clear blue sky and I can tell you conditions were worse than severe, it tries to lift you up, and blasts you with all sorts of shit, including ice.
As long as MetService refuses to free up its radar system, it’ll only continue to make enemies for itself with more and more kudos to WeatherWatch. Go Phil.”

That kind of comment certainly summed up a lot of the feedback we’ve been getting on the site, with many people choosing to keep their identities anonymous when doing so.
In the wake of the storm, Philip Duncan wrote a piece assessing the likelihood of rain for the rest of March, you can read that here.
WeatherWatch.co.nz will continue to monitor the data and bring you our rainfall predictions as soon as we have them, but suggestions are significant rain may not be in the forecast for some dry parts of the North Island until as late as April.

Across the Tasman, parts of New South Wales have chilled over the past couple of nights as autumn starts to take a hold, after a blistering Summer.
Overnight temperatures about inland parts of the state are beginning to fall as the change of the season becomes more evident.
Check out the latest from Weatherzone here.

Chile and Peru, along with other parts of South America were the latest victims of the earth’s shifting crust, with a 6.7 magnitude quake hitting off the coast of Chile on Sunday last week, according to data from the US Geological Survey.
The quake’s epicenter was 60 kilometers (37 miles) west-northwest of Iquique, Chile, and its depth was 20 kilometers, the USGS said.
There were no immediate reports of damages or injuries, but local emergency officials activated a precautionary tsunami warning along the coast and urged residents to move to higher ground.

Some mixed news for whale watchers…a new survey has reaffirmed the threat of an underwater landslide sending a rapid-fire tsunami towards the Kaikoura coast.
Earlier this year, Government scientists returned to the Kaikoura Canyon as part of ongoing work to assess the risk of tsunami from submarine landslides in the event of a large earthquake.
The vast canyon – coming to within 500m of the coast south of Kaikoura and feeding sediment into the 1,500km-long Hikurangi Channel running east of New Zealand – has been flagged as a serious risk in previous studies.

For those of you who’ve been following the search for missing Malaysian Airlines flight 370, Philip Duncan posted a special weather update on the location where potential Debris has been spotted by satellite, 2500 kilometres southwest of Perth. You can check it out here.

And anyone interested in what the rest of the weekend has in store can head to Phil’s latest local forecast video, here.