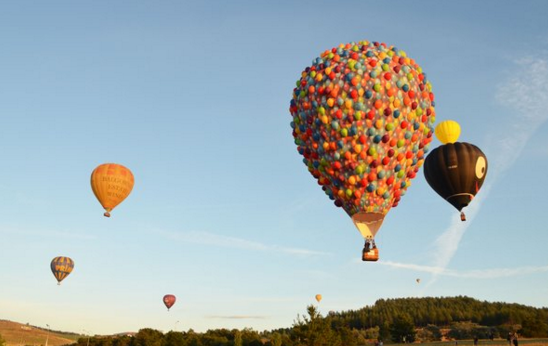 We’ve had a week of flooding in the North Island, dust storms across the Tasman, and an update one year after Cyclone Pam devastated the tiny nation of Vanuatu.

We’ll start with something that affects the whole country – power prices – as we head into autumn, and cooler weather, and news that three major power companies are putting up their prices.
Power prices at Genesis Energy, Mercury Energy and on part of the Contact Energy network will go up on April 1.
Genesis and Mercury will increase their prices by about 2 per cent, or 5c a day for a 3-bedroom household.
Contact Energy will put up prices for 15 of its 29 network regions on the same date.
Check out further details, and tips on saving money on your monthly power bill, here.

Staying on the subject of temperatures, looking back on February we saw records broken around the world, according to Nasa data, sparking warnings of a climate emergency.
The result was “a true shocker, and yet another reminder of the incessant long-term rise in global temperature resulting from human-produced greenhouse gases”, wrote Jeff Masters and Bob Henson in a blog on the Weather Underground, which analysed the data released on Saturday.

Across the ditch, Australian weather was making headlines this week – firstly around Canberra’s 30th annual Balloon Spectacular – which produced clear skies and light winds – perfect weather for ballooning – and photography!
Check out some of the best pictures from the festival, here.

Later in the week though, South Australia was in the news for all the wrong reasons – as a severe dust storm swept across parts of the mid-north of the state and into the Barossa Valley, north-east of Adelaide.
The weather bureau said a thunderstorm with strong winds had stirred up dust from the Pinery bushfire ground on Thursday.
Check out footage from the duststorms, here.

Towards the end of February WeatherWatch.co.nz forecasters labelled the first half of March as becoming quite dry in many areas again, while the second half of the month looked like it may be more ‘subtropical’.
Now that we’ve reached the halfway point of March that forecast remains the same – and you can check out more details of our March mid-range forecast, here.

One year after the devastation of Cyclone Pam, the islands of Vanuatu are still reeling from the destruction of 320km/h winds, powerful storm surges and flooding.
Homes and structures were blown apart, though there was a surprisingly low loss of life.
You can read firsthand experiences from the islands, and read about how the locals are coping one year on, here, in this report by the ABC in Australia.

One year on, Vanuatu reflects on the most powerful cyclone to ever hit the Pacific https://t.co/1gfVouLdAY pic.twitter.com/7lv5WWPWVd

Meanwhile, back on home soil, a 20 degree swing between parts of the North and South Islands demonstrated the different weather systems in action towards the end of the week.
It was a warm night on Wednesday for many in the north, with humidity, light winds and a temperatures around the late teens. In stark contrast widespread frosts for the first time this year are affecting Southland and Otago.

The working week rounded off with heavy rain in parts of the North Island, as first the Coromandel and then Tauranga were hit by torrential rain.
For Tauranga, more than half the average monthly rainfall fell in just a matter of hours, while a Bay of Plenty street was closed to vehicles after sudden downpours on Friday morning.

Heavy rain causes road closure in Tauranga: Tauranga has been hit by torrential rain this morning with more th… https://t.co/CYOXUYFytL

And finally, don’t forget to vote in this week’s poll below about how you’re feeling this season – is it autumnal yet, or are you still in summer mode?
And have a look at what this weekend has in store with Philip Duncan’s latest weather video, here.