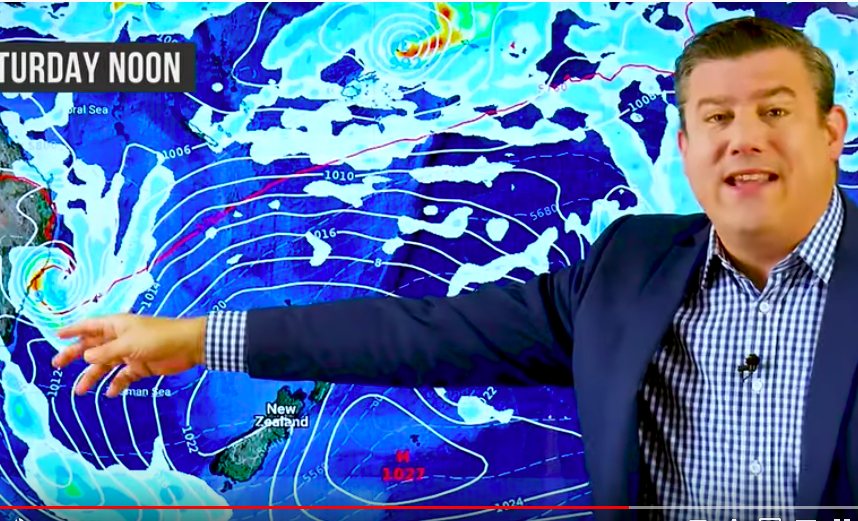 An ex cyclone is falling apart in western Australia, a new cyclone has formed north of NZ and another cyclone is likely north of Fiji later this week.

The main focus this week is on Cyclone Uesi which is near Vanuatu and New Caledonia. It will track south into the Tasman Sea this week then brush eastern Australia bringing even more rain there – especially between Brisbane and Sydney.

The remnants may make it to the West Coast of NZâ€™s South Island next week. Meanwhile another storm will form north east of Fiji later this week and may impact Samoa and Tonga. In New Zealand – itâ€™s another dry week with cool nights to begin with then hotter days. No significant rain for most, but a few showers with a southerly on Thursday in the Deep South.