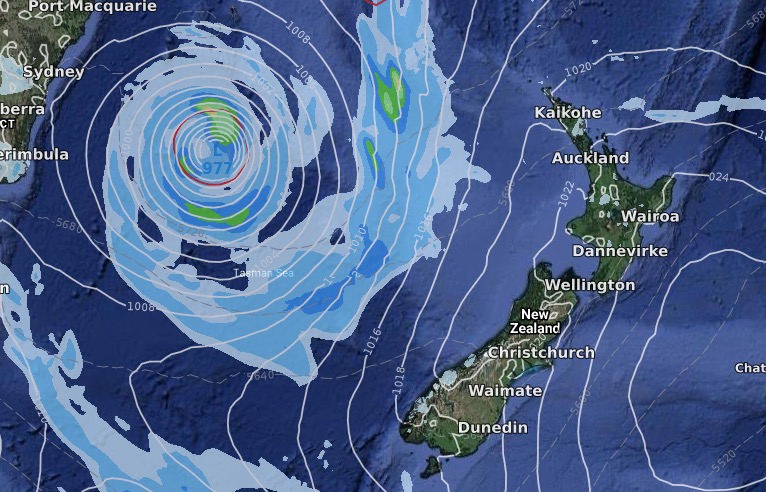 Tropical Cyclone Uesi is moving into the north Tasman Sea today and has a direct track to New Zealand’s South Island with severe weather possible as early as Sunday.

Uesi remains a Severe Category 3 storm but is expected to be weaken a little over the next 24 hours. It will skirt eastern Australia but is likely to remain offshore.

The forecast isn’t ideal for New Zealand’s South Island with the cyclone (which will be downgraded technically to an extratropical-cyclone in the days ahead) likely to retain a lot of moisture and energy when it reaches New Zealand and hits areas recently affected by major rain and flooding. Normally this wouldn’t make as much news but following recent severe rain and flooding this tropical storm needs to be monitored closely.

“This storm will move in by late Sunday and Monday to the lower West Coast bringing heavy rain on Sunday PM and/or early next week with a burst of strong winds as the low not only unravels but stalls for days in the area” says head forecaster Philip Duncan. “Fiordland, Westland and maybe again into parts of Otago and surrounds may see more heavy rain falling, but the West Coast is most exposed – especially the southern half”.

Mr Duncan says trampers planning to walk in Fiordland and surrounding National Parks should be paying very close attention to the forecast from this Sunday to next Wednesday and alter plans if necessary.

WeatherWatch.co.nz says it’s too early to lock in rainfall totals but prelim estimates are of 100 to 150mm for the lower western side of the island and this could potentially double.

To make matters more frustrating WeatherWatch.co.nz is expecting the remnants of Uesi to miss drought regions of the upper North Island. While the Government finally yesterday announced formal drought conditions have formed in Northland forecasters say Auckland, Waikato and others parts of the North Island are also in drought and need rain urgently.

The Remnants of the Remnants
It sounds like the name of a band but ex-cyclone Uesi is likely to leave remnants behind in the Tasman Sea which may end up reaching the North Island in over a week from now (end of next week). It may only be in the form of showers but Uesi will churn up currents in the atmosphere dragging down more moisture into the Tasman Sea region. There is some modelling showing showers are more likely in the end of February for the North Island.

Another Tropical Cyclone
It’s not just Uesi. Another tropical cyclone will likely pass by NZ late next week – this time to our east. This one may end up being larger than Uesi and impact Samoa and Tonga. It might affect New Zealand’s eastern beaches depending on how close it gets but so far it’s unlikely to impact our weather weather, based on reliable models we’ve been tracking for several days now. We’ll keep you posted – this potential storm will likely be more in the news this time next week, rather than this week. 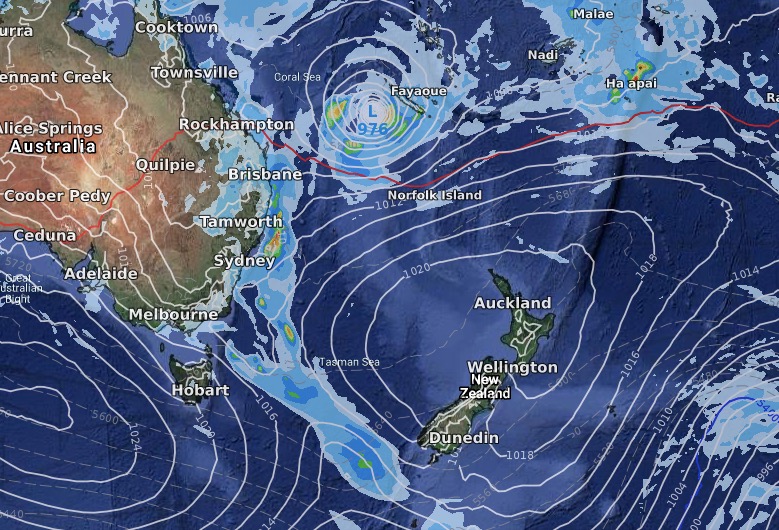 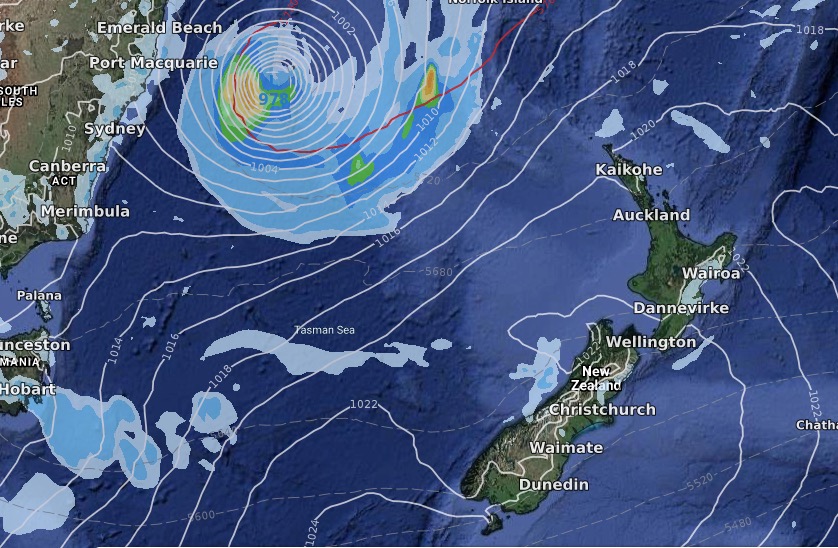 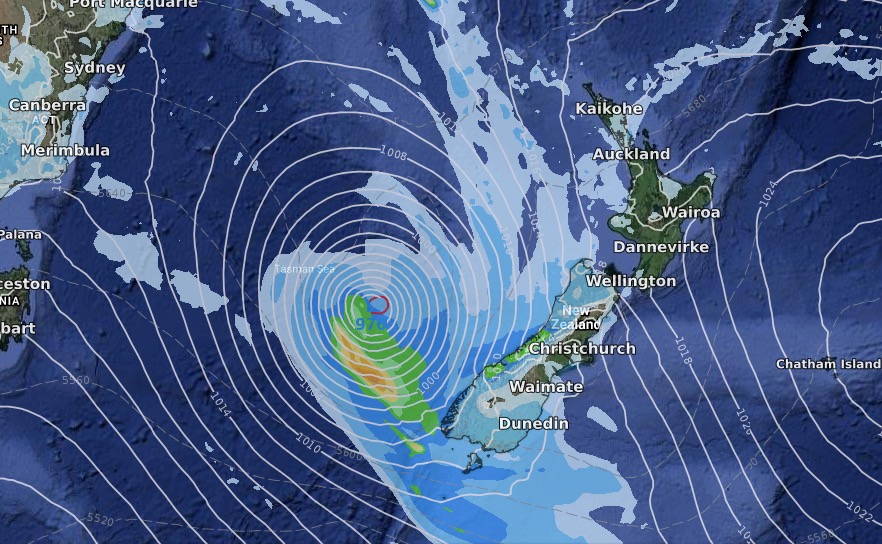 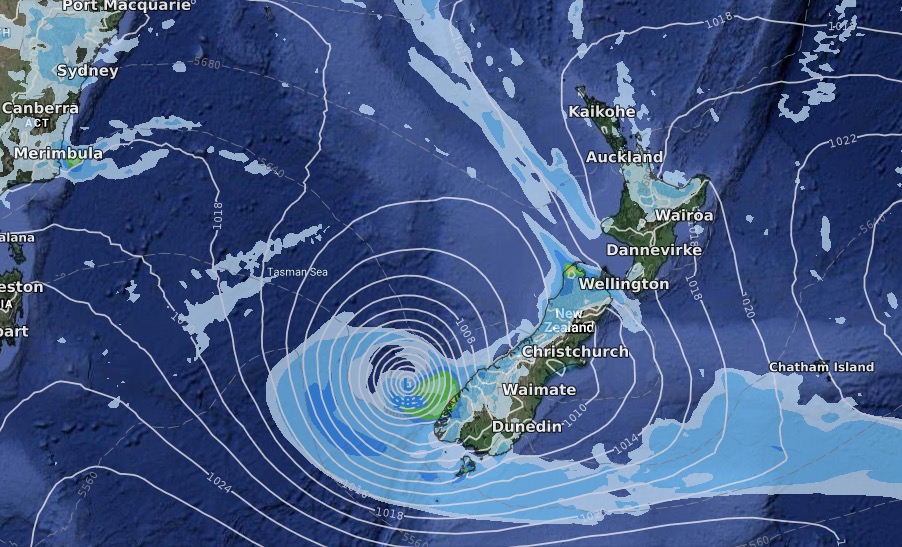 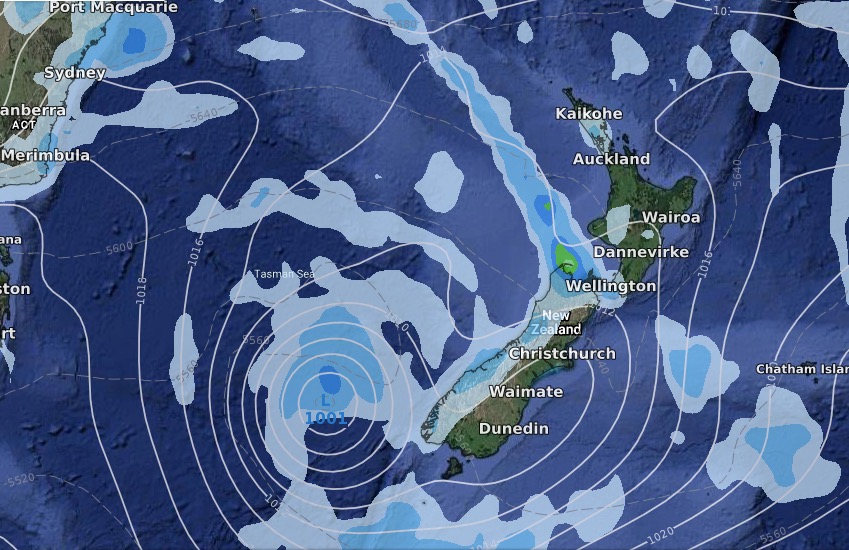 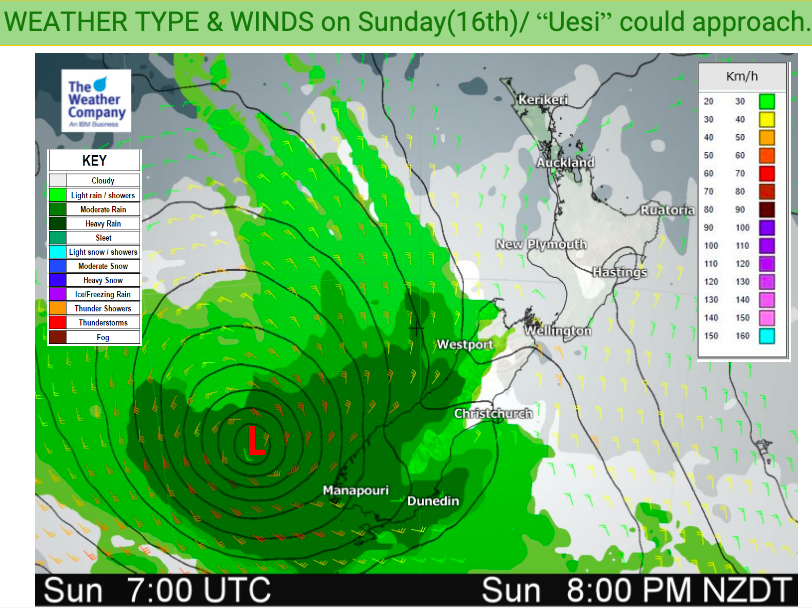 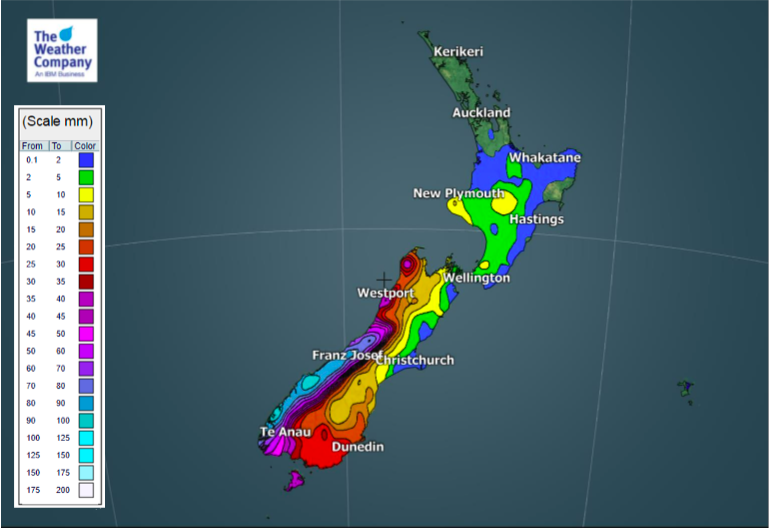 I doubt there are many, if any walks open after the last event! The inland flooding in Southland didn’t even rate a mention on your website.