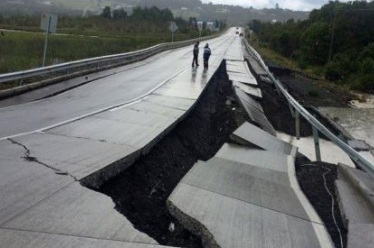 The last week of 2016 is coming to a close – a year that has been one out of the box weather wise, with temperature records broken, huge storms around parts of the world and of course Australia’s “big wet”.

The last week of the year certainly hasn’t disappointed either, with 2 storms making big news on Christmas Day – the first in England, Scotland and Ireland – where gales, rain, showers and grey miserable conditions dominated the weather in the UK.

Stunning scene at West Voe of Sumburgh, Shetland this afternoon as #stormBarbara arrives to our northern shores @StormHour @BBCScotWeather pic.twitter.com/YpDZ2nPM4B

Meanwhile, on the other side of the Atlantic, a deepening low in the US midwest and Canadian interior dropped heavy snow and blizzard conditions, causing travel problems for some.
That led to miserable Christmas weather to millions of people – though many others were more than happy with the conditions.

The shifting tectonic plates that have been so active during the year also signed off with a shake – as a magnitude 7.7 earthquake hit off the coast of southern Chile Sunday, 40 km (about 25 miles) southwest of Puerto Quellon, according to the U.S. Geological Survey.
The Pacific Tsunami Warning Center issued a tsunami threat message for parts of the Pacific Ocean close to the earthquake. Tsunami waves 1-3 meters above tide level are possible on parts of the Chilean coast, according to the center.

Back on home soil, kiwi farmers have been asking – once again in December – “where is all the rain”?
It may be gloomy and cooler for some but for those paying close attention to the sky and the ground a big dry is already underway in a number of regions.
For the most part, compared to a year ago, New Zealand isn’t quite as dry – but it’s fast catching up.
Check out Philip Duncan’s latest Q&A piece about the dry conditions, here.

And don’t forget to check out your New Year’s Eve forecast if you’re planning to head out tonight – grab all the details, here.