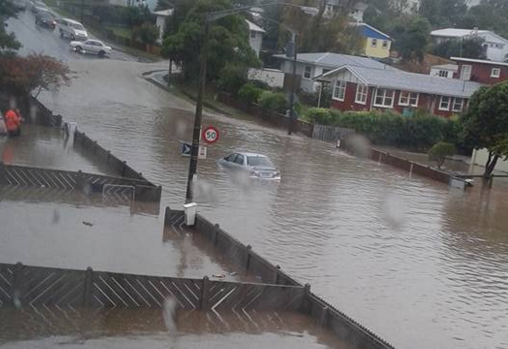 What a crazy weather week around the world – and here at home! 2016 has been an eventful and shocking year already – and it’s certainly not slowing down.

Let’s start in Canada, where a massive wildfire in the province of Alberta forced the evacuation of more than 80,000 people from Fort McMurray this week.
Residents by the thousands fled the fire, and for hours caused gridlock on Highway 63, and even overwhelmed oilsands work camps, where beds and meals were offered.
Fire chief Darby Allen said initially that the entire neighbourhood of Beacon Hill “appears to have been lost” and the fire burned many homes in other parts of the city.

Later in the week, the wildfire continued its path of destruction through northern Alberta, growing more than eight times in size as it reduced homes to rubble and engulfed entire neighbourhoods.
Unseasonably hot temperatures, extremely dry conditions and winds of up to 70km/h, helped fuel the fire’s spectacular growth to 85,000 hectares – up from just 10,000 hectares the day before.
On Wednesday (Thursday NZT), Notley had estimated that some 1600 structures had already been destroyed by the fire.

Further south in the United States, a grandmother and four of her grandchildren were killed and another person also died in floods in Texas caused by storms that unleashed tornadoes, damaging hail and torrential rains on several central U.S. states, officials said on Saturday (Sunday NZT).

Staying in the USA, comedian Jimmy Kimmel enlisted the help of several climate and weather experts to send a very clear message to former Governor Sarah Palin – and had a few laughs along the way!
Check out the video, here.

Closer to home, across the ditch in Australia, 2016’s wild weather continued this week, as a 90-minute downpour has seen Darwin record more than twice as much rain as usual for the entire month of May.
The storm, which hit the city about 2:00pm on Tuesday, caused a traffic accident, phone problems, and saw heavy rain and lightning strikes.
The burst of rain came just two days after the dry season officially began, and followed an exceptionally dry wet season.

Wow! What a start to the dry season. The May average rainfall of 21mm recorded in the last hour at #Darwin airport. pic.twitter.com/CZGwyP8NrS

Back on home soil, our own Indian Summer continued, as daytime highs averaged in the low to mid-20s this week, as sub-tropical air tumbled down across the country.
In fact, for the next 5 days, warmer than average weather with record-challenging daytime highs will continue to spread across many eastern and northern areas.

Private weather stations across New Zealand recorded temperatures in the low to mid-20s on Monday, and a few crept above the mid-20s.
Christchurch started the week on 24 degrees – but weather stations in the city, around more roading and concrete, were showing 25, 26 and even 27 degrees.
The high temperatures are something of a doubled edged sword, however, as ski fields in both islands have little to no snow at all – and overnight lows at ski fields are still well above zero.

Also this week, heavy rain in the capital caused flooding and evacuations on Thursday, forcing residents to stay inside as severe rainfall pummeled the Wellington region.
Wellington City Council was inundated with calls from people affected by flooding across the capital, as the downpours which have hammered the region showed no sign of abating towards afternoon.

And finally, check out your weekend weather outlook with Philip Duncan, here – as well as voting in this week’s poll below!