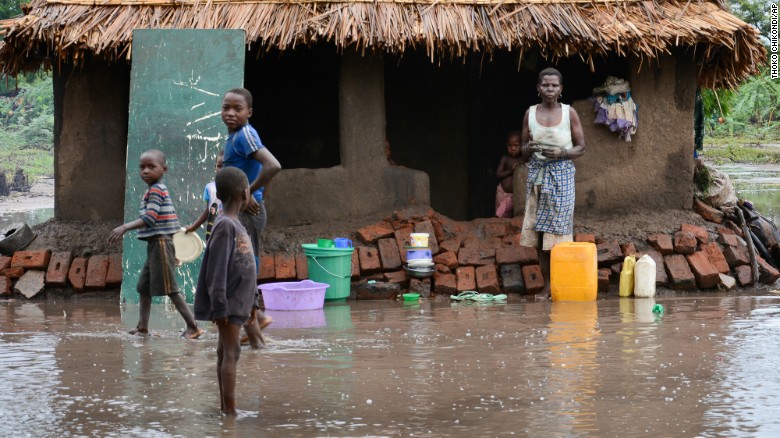 We’ve had plenty of drama in Australia this week, though the big story at home has been the slow descent into drought-like conditions for major farming regions of the South Island.

We will start off further abroad though, in Africa, where deadly flooding in Malawi, described as “the worst natural disaster in its history”, claimed hundreds of lives, according to disaster response teams in the southeast african nation.
Tens of thousands of people in the southern tip of Malawi were cut off by deadly floods, leaving them without food, clean water or access to health care, while many others have been displaced.
Conflicting accounts from the southeast African nation put the number killed at anywhere from dozens to more than 170.

Closer to home now, and across the Tasman, Australia has experienced a week of mixed fortunes – from (almost) record breaking temperatures in Alice Springs and Sydney, to heavy rainstorms in Queensland.
Saturday was the hottest day recorded for the year in Sydney, tipping the mercury at 36C, while in Alice Springs it was almost an all time high –  after media outlets were told on Tuesday that the temperature reached 46 degrees(!) only for that figure to be retracted the next day.
The high was only a modest and refreshing 41.5C – an instrument fault at the airport was to blame.

Meanwhile in Queensland, some of the heaviest rain seen in years has caused traffic mayhem and emergency situations, after some parts of the state experienced their wettest 24 hours for more than 2 years on Thursday.
Parts of Mackay had up to 160 millimetres in just a couple of hours on Thursday.
Bureau of Meteorology forecaster Dean Narramore said other areas have had even more.
“Inland of Gladstone yesterday the highest rainfall in the state, 165mm that was recorded at Mount Mongrel,” he said.

Back on home soil, and farming regions of Marlborough and Canterbury are drifting dangerously close to a full scale emergency situation, as weeks of hot, dry weather have sucked moisture out of the ground.
Farmers are weighing up asking for a drought to be declared in the Marlborough region as “atrocious” conditions sparked several fires across the South Island on Monday, including one which closed State Highway 1 and halted train services on the main trunk line.
Further south meanwhile, Canterbury farmers facing drought say they may have to start restricting their irrigation.
Primary Industries Minister Nathan Guy met with with a group of 20 farmers in Ashburton on Tuesday, to hear how their farms are affected.
He says farmers are coping for now, but the dry period’s hit earlier than usual – so it’s too early to know how bad the drought might get.
Fire and water restrictions are widespread â€“ the banks are rolling out funding assistance packages â€“ and meatworkers are on overtime slaughtering stock as farmers ease the pressure on whatâ€™s left of their pasture.

While some places did receive brief heavy showers during the week, WeatherWatch.co.nz head weather analyst Philip Duncan says showers spread across eastern New Zealand, and “the downpours were great news for many living in our driest regions this month.
“Not everyone was receiving rain, it’s certainly hit and miss, but some downpours are pretty solid…there will be a few smiles across the eastern farming communities after Wednesday”.
Philip Duncan will say everyone else will be pinning their hopes on the end of the month for some rain activity.

Don’t forget to check out Philip’s latest weather video, outlining another hot and dry couple of days over the weekend – but with a glimmer of hope for our farming friends on the horizon!