Week in weather: What’s been making headlines this week 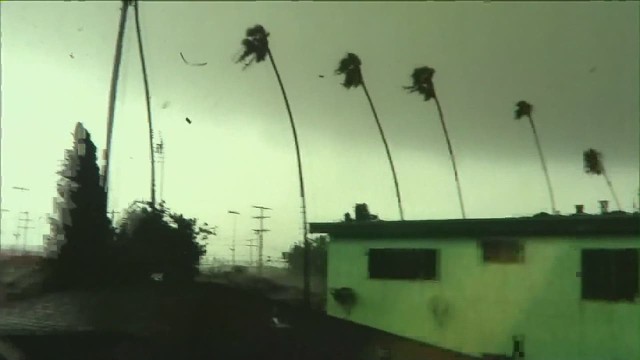 This time of year, most of us have one eye on the upcoming summer break (if we’re lucky enough to have one!), and of course on the forecast for the big day on Thursday.

Well, we finally have a clearer picture of Christmas Day, both here and across the Tasman – and you can check those forecasts out right here on WeatherWatch.co.nz.
For the NZ Christmas forecast you can look here, and for the Australian Christmas Day outlook, check out the latest here.

Of course, the weather doesn’t stop for the holidays, however, and the USA experienced some rough stuff this week, particularly a very soggy and stormy Los Angeles!
In what was an uncharacteristically wet and cold week in LA, an extremely rare tornado also caused damage in the downtown city centre, as roofs were obliterated, and shingles hurled like leaves – and the melee even damaged the steel of a billboard.
Check out shocking footage of the twister, here.

We had weather extremes of our own, here, though not to quite the same extent this week – in the form of heavy rain for parts of both islands, and significant damage at the hands of some very strong winds.
The Bay of Plenty, Gisborne, the Coromandel and the upper South Island all received significant dumpings of rain on Thursday, in what should prove to be the last of the really bad weather before Christmas!

Meanwhile, strong winds pushed trees onto power lines in Northern New Zealand earlier in the week, with more than a thousand homes losing power on Wednesday morning as a result.
Vector spokeswoman Sandy Hodge said Vector believed trees or plant matter had come on to power lines in Point Chevalier, cutting power to 1054 customers in the area about 10.30am – and followed hundreds of others losing power overnight as a result of the winds.

Don’t forget to vote in our latest poll which closes this afternoon, here – and watch this space for the latest Christmas Day forecast – we will have more details on exactly what you can expect in the next few days!