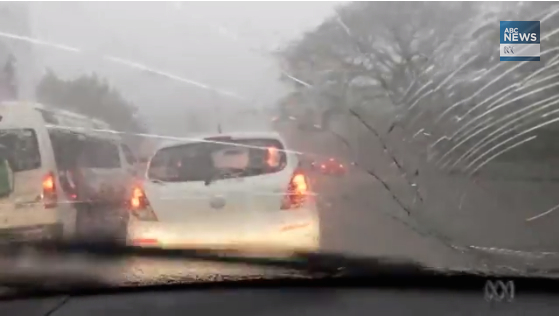 It’s been another absolutely jam packed weather week around the world, with Australia hogging most of the headlines in this part of the world after heatwaves, bushfire warnings and hailstorms – to name just a few of the stories coming across the Tasman.

We’ll start the week in the USA, though, and the aftermath of last weeks’ almost nationwide snowfall – where in Buffalo, New York, the worries were around the melting of already fallen snow rather than any fresh storms.
Swift-water rescue teams and helicopters were put on standby in western New York in case anyone was caught in a suden deluge.
New York Gov. Andrew Cuomo said residents shouldn’t wait until the last minute to evacuate if they think their homes will get inundated with what he called ‘sludge’ – a mixture of snow water, dirt and sewage from the snowfall.
About 700,000 people were under a flood warning until Wednesday.

Staying Stateside, and geologists have been studying an alarming increase in the number of earthquakes across the country so far in 2014.
CNN’s Dan Simon explains a bit more about so-called “earthquake swarms” and whether the increase is a portent of doom in this video – well worth a watch!

Over to our Aussie cousins, then, where it’s all been happening across the ditch this week.
First of all in Queensland, November temperature records have been sent tumbling by a heatwave across parts of the state this month, according to the latest statistics from the Weather Bureau.
Longreach in central-west Queensland has broken November heatwave records with an 11-day stretch of 40 degrees Celsius-plus temperatures, the bureau says. Longreach topped 41 degrees Celsius on Sunday.
Cunnamulla also had its hottest November day since records began in 1907, with 44.1 degrees.

Over in New South Wales though, the news was slightly better at first, with rising humidity across the state contributed to widespread rainfall and kept the fire danger down this week – though that humidity would turn out to be something of a double-edged sword.
Parts of Sydney were then lashed by a storm on Monday afternoon, which resulted in ambulance crews treating several people who were struck by lightning.
Three people were struck and at least 15,000 Sydney properties were left without power after the storm, which included about 3,000 lightning strikes.

Then it was over to Brisbane for the biggest story of the week, as golf ball sized hail stones caused chaos across the city on Thursday night.
A severe thunderstorm caused major damage across Brisbane, when hail smashed through car windscreens, small planes were overturned by damaging winds and flash flooding brought central city traffic to a complete halt.
Check out some incredible footage of the hail’s power below:

Back on our own shores, some of the country experienced some fairly weird weather this week, too, with fog closing New Plymouth airport on Monday for a time, after several planes experienced difficulty landing.
Dozens of flights in and out of the city were cancelled, while the Taranaki Community Rescue Helicopter was also grounded by heavy fog in Raglan.

We ran a story earlier in the week picking a somewhat reserved start to summer (it’s here on Monday), while spring-like weather is looking like sticking around for a while yet.
Those in the South Island and the lower North Island can expect spring-like conditions to extend well into December this year, as the current pattern is already showing signs of easing for the top half of the North Island, with an increase in drier, calmer, warmer days and a decrease in heavy rain events.
Check out the outlook for the whole country, here.

We’ve had a number of people writing about the lack of Monarch Butterflies around the country this spring so far, and it’s concerning environmental experts, too.
Wasps, an unsettled spring and fewer swan plants are believed to be the main reasons we’re seeing so few of the colorful insects this year – though there is a way you can help!

And finally, Parliamentary Commissioner for the Environment, Dr Jan Wright, has issued a stark warning to the New Zealand Government this week – act now or you’ll regret it.
Dr Wright predicts seas will rise by 30 centimetres by 2050 – and says while it may not sound much, its impact will be very costly for landowners.
She says that makes storms much more dangerous, and central government has to guide local councils so they know how to prepare.

Remember to check out Philip Duncan’s latest weather video for your weekend outlook, here – and our latest poll is closing this afternoon, so get voting if you haven’t already!