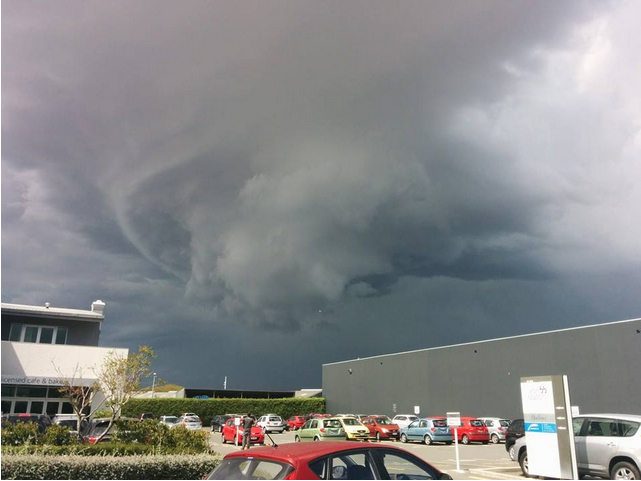 A short week but a busy one – as the long weekend came to a rather soggy conclusion, there were warnings for drivers heading home after a brief holiday, as conditions were dangerous in many parts of the country on Monday.
Superintendent Carey Griffiths, National Manager of Road Policing, said that “there is an expectation at times that fatal crashes are due to extreme behaviours but the reality is in New Zealand like everywhere else, the majority of fatal crashes are normal people doing normal things.”
“It is jut a moment of losing attention and that can be tragic.

Staying on the roads, and repairs to the Far North’s storm- damaged roads are expected to take two to three years.
672 slips were identified following July’s storm, with 392 directly caused by the severe weather event.
The New Zealand Transport Agency has approved almost 5 million dollars worth of repair work on 49 of the high priority slips, with work just getting underway.

Heading across the ditch to Australia now, where 100km/h+ winds buffeted Tasmania on Tuesday, and caused damage to one of Hobart’s most iconic buildings.
A large section of the roof of Hadley’s Hotel was torn off, as the weather bureau warned Tasmanians to brace for strong winds across the state.
There was also snow down to 400m in parts of the state.
The SES took 11 calls for help in the south and one in the north, mostly to do with roof damage and tree limbs down.

And looking longer term, a hot, dry summer is forecast for most of the western half of Australia – not good news for areas desperate for rain.
The Weather Bureau’s seasonal outlook says most of Queensland, in particular, has less than a one-third chance of exceeding normal rainfall from November to January.
The Northern Territory, New South Wales and inland Victoria can also expect less rain than normal, with a slow start to the Top End wet season.

Over to the other side of the Pacific now, where anxious Hawaiiain residents can do nothing but sit and wait, as a stream of liquid hot magma flows steadily towards their homes.
Each passing hour, lava from Kilauea Volcano is inching closer to their homes in Pahoa on Hawaii’s Big Island.
The dark ooze has swallowed up fences, flowed over a cemetery and neared major roads. In some places, in this community of about 950 residents, it’s chest high.
On Thursday (Friday NZT) the situation became so desperate, the National Guard was called in to assist with traffic and personell movements.

Back at home, and an eventful Thursday night kept many Aucklanders awake with thunder and lightning, heavy rain and high winds.
Gusts of almost 130km/h were recorded at Manukau Heads, and almost 100km/h at Auckland Airport.
Around 7mm of rain fell in the Whangaparaoa Peninsula in the 12 hours to 7am, while 6.2mm fell at Auckland Airport in the same period, according to govt statistics.
One house in East Tamaki was reportedly hit by lightning around 2am. Tenant Jason told TV One’s Breakfast programme that he heard a loud noise, followed by the house rumbling.

And the weather gods weren’t finished with us for the week, either – with some incredible sights in Canterbury skies on Friday afternoon, too.

If you have anything like this, or some spring photos from your place, please send them in – we love to use them as feature images with our stories, or share them with visitors to the site!