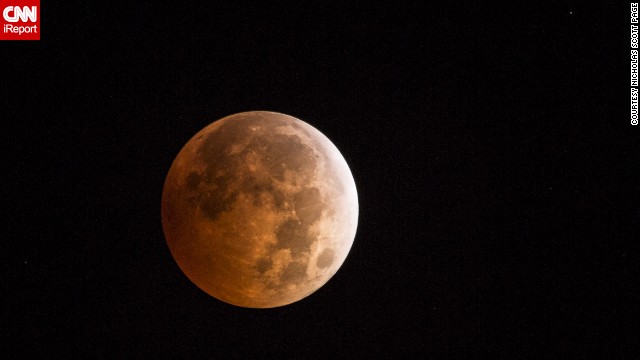 What a topsy-turvy week it’s been; both on our shores and abroad! We’ve had typhoons, drought, power outages and blood moons, just to name a few main events of the last 7 days.

Firstly, and most seriously, we start in Japan, where a second ‘super typhoon’ in as many weeks is bearing down on the island nation as of this publication.
On Monday (NZT), typhoon Phanfone swept up the country’s southeastern coastline over the early part of the week, bringing torrential rain and significant wind – with sustained winds of up to 139km/h – the equivalent of a category 1 hurricane.
Check out this stunning photo from NASA of the typhoon last Saturday.

As if that wasn’t enough, a second, far larger, so-called ‘super typhoon’ followed in Phanfone’s tracks just days later, picking up speed as it churned through the far west of the Pacific Ocean.
Super typhoon Vongfong is as powerful as the deadly storm that ripped through the Philippines in 2013 killing thousands of people – typhoon Haiyan.
Stay up to date on the latest with CNN, and we will keep our readers abreast of the storm as it hits the mainland.

Back on home soil, we had our very own dramas here, in our largest city at the start of the week.
Thousands of Auckland homes lost power on Sunday night, after a fire in the Penrose substation cut supply to around 18,000 homes in the region – during a blustery period of windy weather.
More than 300 homes were without power for all of Monday and well into Tuesday morning, as the cause of the fire was investigated, and homes were individually reconnected through the early part of the week.

A new fault line was discovered in our capital city this week, too, running right through Wellington Harbour – though insurance experts say it won’t change anything from a premiums point of view.
While the Aotea fault line could cause quakes up to seven on the Richter scale, the likelihood of a big shake in the capital won’t change.

Across the Tasman, our Aussie cousins have been sweltering in the heat and dry – particularly in the Northeast – with the latest data suggesting that dry conditions that have plagued north-eastern Australia are creeping further south, reducing crop yields in grain growing regions.
While areas of Queensland and northern New South Wales have had some of their driest two-year periods on record, long-term rainfall deficiencies are also developing in other areas further south now, too.
This week also saw a cold snap hit South Australia, as a front crossed the state, causing huge problems for farmers already dealing with the effects of damaging frosts and a lack of rain.

We continued the week with a bit of a treat for stargazers – with a second so-called “blood moon” of the year!
A total lunar eclipse often results in the moon turning a deep, ominous red colour in the night sky, and this was no exception, as  conditions in some places making for perfect moon observation weather.
Check out some of the pictures from both home and overseas, here.

Finally, check out how well we did last month, by looking at the government’s climate summary for September – featuring some weather highs, lows and in-betweens for the start of spring – and also have a look at this interesting news item from the USA, and CNN – asking the question “Is Pluto making a comeback?”
Could we be back to the traditional Milky Way 9??