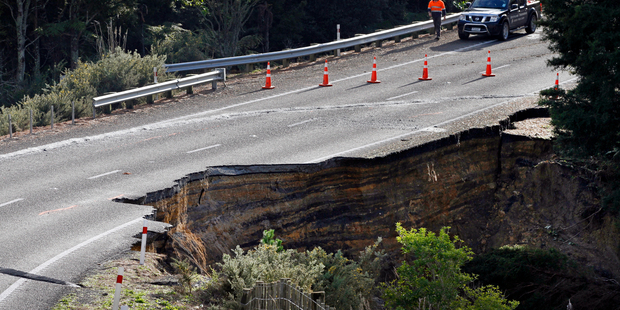 A week that started with a story on supermoons, and finished with an ABC on El NiÃ±o had it all, really – the good, the bad and the ugly.

We’ll start up North, where a medium-scale adverse event was declared in Northland after last week’s storm, opening up the way for more government support.
Primary Industries Minister Nathan Guy said the storm had had an impact on about 80 per cent of the primary sector in the region.
“With spring calving beginning and avocado crops close to harvest this storm couldn’t have come at a worse time. It has been a tough blow for many farmers in western parts of Northland who suffered through a prolonged drought earlier this year”, Mr Guy said.

Parts of State Highway 1 North of Whangerei remained off limits after the heavy rains and stormy conditions of last week, along with many other roads either fully, or partially closed for maintenance.
A section of road 70m long and 10m deep in some sections had been washed out by floodwaters last Friday night, and contractors were called in from around the upper North Island to clear bush and safety guardrails along the highway so they could construct a temporary 100m detour past the washout.

After an unseasonably warm (but changeable) June, July is now halfway over, and this month is proving much cooler, despite some warm weather.
Highs as far north as Auckland are struggling to make double digits or even the early teens.
Though this is normal for this time of the year, a few areas are still above average, (not by a lot), in the north.

In the bad this week, the Philippines’ first major typhoon of the season has churned across the country, passing close to the sprawling capital Manila on Wednesday and killing at least five people.
Typhoon Rammasun made landfall near Legazpi City on the country’s east coast late Tuesday.
The typhoon, known locally as “Glenda,” prompted the evacuations of as many as 350,000 people from their homes in towns and cities across the country.
Check out the latest, here.

In some good news, Aussie farmers ravaged by nearly three months of extra drought this year have something to cheer – after some much needed rain soaked parts of New South Wales on Wednesday this week.
Widespread 10-to-30mm fell across the region with some centres gaining more than 40mm.
Dubbo was one of the wettest places, picking up 43mm, 95 percent of its monthly average and its biggest rain since March.
It was also the wettest 24 hours since March for Wellington (31mm), Young (25mm), Orange (24mm), Gundagai (22mm) and Cowra (20mm).

For those of you wondering about all this talk of El NiÃ±o, La NiÃ±a, and ENSO, we’ve got your tonic, right here on Weatherwatch.
Check out this extremely informative piece on just what all the talk is about – and what specifically it means for the country this winter! (Shout out to Emily Becker from Climate.gov for this!)

Finally this week, we’ll leave you with some curiousities – firstly, this from Russia – proving that while the country may be filled with ice-hardened superhumans, even they draw the line at beachside hailstorms…
And an interesting piece on why you’re right if you’ve been overheard mentioning that the moon seems bigger in the sky this year – because 2014 is the year of the “Supermoon!”…check it out, and impress your friends.