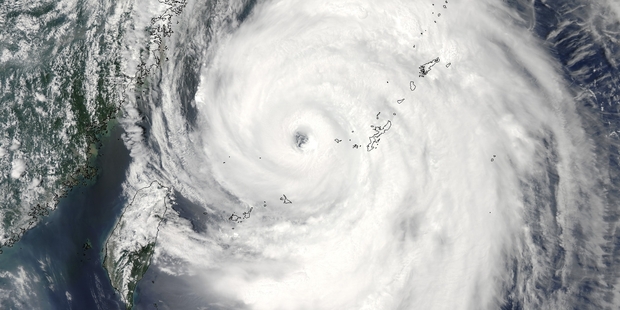 A crazy week of weather isn’t over yet, although it is finally coming to an end for many in the upper North Island today.  However more unsettled and downright wild weather forecast for the weekend  too…but this past week has been all about the wind – and the damage it can do when the conditions are right.

The week started off promisingly, with news of skiers flocking to Mt Ruapehu on the weekend after enough snow fell in the preceding days to open the mountain’s beginner and intermediate slopes.
The snowy blanket which dumped down from Wednesday allowed Whakapapa and Turoa to crank into gear just in time for the start of the school holidays on Saturday.

The drama all started on Tuesday night, when Weatherwatch predicted the winds in excess of 130km/h would continue overnight and into Wednesday – leaving large scale power outages, fallen trees and damaged houses in its wake as it headed south.
At one point, more than 30 thousand upper North Island properties were without power, and one gust at Cape Reinga was recorded at 168km/h!
Blustery winds blew two trucks off State Highway 1, just south of Kaiwaka, in Northland, with a severe weather warning remaining in place until Friday.
The cleanup was problematic, too, with more than a thousand households waiting up to 2 days to be reconnected to the grid, after storm debris damaged power lines and poles.

Across the Tasman, Australia was in the sights of another storm system – this one hitting Western Australia almost head on – bringing heavy rain, thunderstorms and strong winds.
The South-Western part of the state had it worst, picking up 30-40mm, with Perth registering between 20-30mm.

For the science buffs among you, check out this article which talks about the geological record of earth’s volcanic activity over the last 2,000 years – all intact within the pristine ice sheet of the Antarctic.
Scientists have been able to trace the most complete history of volcanic eruptions since the birth of Christ by analysing deposits of sulphate dust in a series of ice cores drilled deep into the West Antarctic ice sheet.

Typhoon Neoguri has been stealing all the headlines in Asia this week – after the deadly storm slammed into Southern Japan on Wednesday – albeit after weakening from a category 5 to a category 3 storm.
Check out the amazing pictures from space, here.

And if you’re into aviation, maybe now is the time to stop reading – because if you click this link, you’ll see something that will truly frighten you – an extremely close call between two jumbo jets at Barcelona’s main airport this week. Whew!