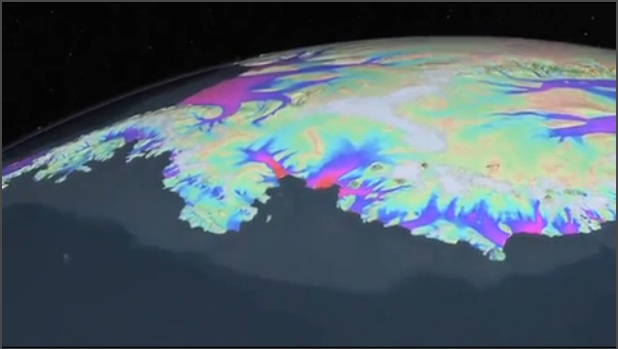 Another crazy weather week just gone – and it started where we ended our last summary – in the USA.

More damaging storms were in the headlines this week, with a reported tornado touching down and damaging several propreties in Orrrick, Missouri – right in the middle of ‘tornado alley’.
Debris was scattered throughout the town. A silo crashed to the ground and trees were either ripped out of the ground or torn in half.
Later in the week, more wild weather hit the midwest, with Omaha, Nebraska, and Kansas City, Missouri, all in the firing line of further storms.

A little closer to home, and Australia has been in the headlines this week for its unseasonally warm start to winter!
While showers fell early in the week in areas of New South Wales and Queensland, the low pressure system wasn’t enough to reverse the trend our neighbours across the Tasman have been feeling this year – that of warmer weather heading into the coldest time of year.
Hobart set a 100 year old record for the warmest autumn day ever – with the state’s capital reaching 23.9 degrees in the afternoon on Thursday, making it the warmest day at this time of year since records began in 1896.
Ian Barnes Keoghan of the Bureau of Meteorology says the whole country is experiencing a heatwave.
Read more here.

Staying with the warming theme, and this week saw some astonishing video animation released by NASA and the University of California – showing the sheer scale of antarctic melting.
The recently published study fiound a rapidly melting section of the West Antarctic Ice Sheet appears to be in an irreversible state of decline.
In this instance, there seems to be nothing to stop the glaciers in this area from melting into the sea.
Check out the animation produced by the combined study, here.

In world news, tropical cyclones may be migrating towards large city populations, if a new study conducted by the University of Wisconson is to be believed.
While other studies have looked at the strength and frequency of the storms, which are called hurricanes in North America, this is the first study that looks at where they are geographically when they peak.
It found in the last 30 years, tropical cyclones, regardless of their size, are peaking 53 kilometres farther north each decade in the Northern Hemisphere and 61km farther south each decade in the Southern Hemisphere.
Check out the report’s findings, here.

Back on home soil, we ran a story emanating from the Australian National University which contained some extremely bad news for New Zealanders – according to their findings, we’re in for more frequent and more severe droughts over summer.
The research showed the ocean’s westerly winds are now stronger than any time in the past 1000 years, causing them to shift southwards and tighten around Antarctica.
This was trapping cool air in Antarctica, and pushing less rain onto southern Australia and New Zealand, according to academics working on the study.

And finally, check out Philip Duncan’s latest weather video, which has sunny and settled weather on the way for most parts of the country this weekend – but there’s a cool change in the works for Monday!

Remember, you can get in touch with us by following us on Facebook – or flick us a tweet – that’s the quickest way to get a hold of someone here at Weatherwatch!