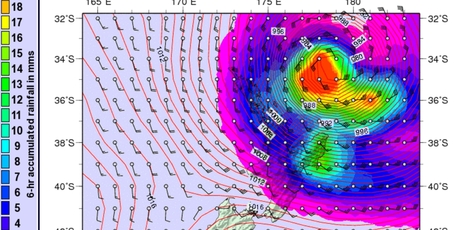 There’s been one word on everyone’s lips this week: ‘Lusi’.

Weatherwatch was the first forecaster to bring news of Tropical Cyclone Lusi to the public, although once we had, it quickly became apparent that this would be no mere rainmaker – but probably a full blown super soaker!
Check out Philip Duncan’s Q&A article, where he answers reader questions about tropical cyclones and possible danger areas, or his latest weather video about what you can expect at your place this weekend!

Sodden-Christchurch residents need to be extra wary of the storm conditions – Government spokespeople expect most parts of the country would either have a severe weather watch or warning by Sunday.
As the rain and winds moved further south, they were likely to weaken – however strong winds and heavy rain was still possible for Wellington and Canterbury on Sunday.
Remember to follow us on Facebook for live updates – check out our page here. 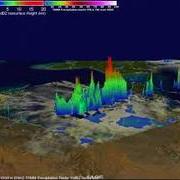 Our neighbours across the Tasman are on cyclone watch too, with an official alert in place for some in the Northern Territory, with the Australian weather bureau urging residents in Queensland’s Gulf to remain on cyclone watch as ex-Tropical Cyclone Gillian moves overland.
The system is slowly moving south, bringing heavy rain but no damage to communities along the western Cape.

Staying with Australia, and while some communities stress about rain, others are still struggling in the severe heat. Queensland’s drought zone extended to 15 new shires early this week, making it officially the largest drought in state history.
Drought declaration means landholders are eligible for Queensland’s drought relief assistance scheme, including fodder and water assistance schemes.

On the subject of drought, farmers in parts of the Waikato and Northland were hit with some further bad news this week – the country’s Official Cash Rate finally lifting above its historic lows.
In one of the economy’s worst kept secrets, the Reserve Bank lifted the official cash rate from its historic low of 2.5 percent, up to 2.75 percent on Thursday – and it seems high dairy prices are at least partially to blame.
Reserve Bank Governor Graeme Wheeler said at the announcement that the continued strength of international commodity prices, particularly dairy, is providing impetus to the economy at present.

The Government has not been approached for a formal drought declaration but Federated Farmers spokesman David Broome said that could change if conditions do not improve in the next fortnight.
Waikato Federated Farmers president James Houghton said contractors were struggling to keep up as farmers sought to harvest their maize crops before they lost too much quality in the dry weather.

That old adage ‘it never rains, it pours’ may well be the most appropriate way to sum the week up – most of us are worried about the rain – be it too little or too much.
If you have any pictures or stories from the week gone, or the weekend coming, remember to send them in – our address is news@weatherwatch.co.nz, and we’ll do our best to cover as much of the country as we can in our regular updates!

It is still very quiet in Whakatane. A little overnight rain. Only the swell at the beach is telling me something is coming.