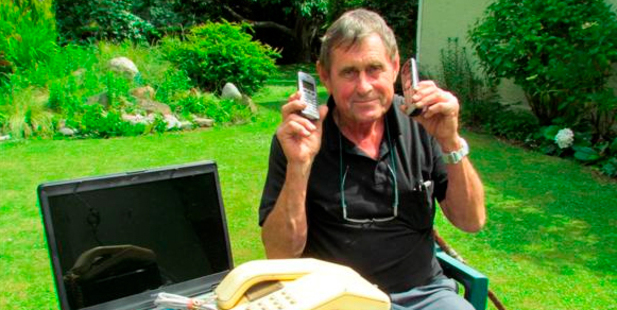 It’s been a wet week in parts of the North Island – with heavy rains bringing some relief to parched parts of the upper north, where it was desperately needed.
Parts of Auckland, Northland, Coromandel and Waikato had a good soaking of rain over 24 hours between Tuesday and Wednesday.
Our head analyst Philip Duncan said the rain had been welcomed by farmers, who were starting to feel the effects of the unusually high temperatures for this time of year.
The latest soaking meant they were feeling better going into summer, but it was the last significant rain forecast for at least two weeks, he said.

NIWA’s monthly climate report showed November was seasonably warm for most parts of the country, with all six main centres recording above average, well above average or record average temperatures.
Auckland, which topped the temperature stakes, registered an average temperature of 17.8C.
Tauranga, which clocked the most sunshine hours of the main centres, was a close second with 17.7C.
In the South Island, Christchurch and Dunedin experienced a relatively mild month compared to previous years.

The first annual “New Zealand River Awards” an initiative from controversial economist, Gareth Morgan,  were held in Wellington last week, and are intended to encourage regional councils and their communities to work together to improve the health of their local rivers.
The Shag River in East Otago has won the “Grand Award” for most improved water quality.
Following the Shag River in second place was the Harris Creek on the West Coast and the Waikouaiti River in Otago made up the top three.
The judging panel, made up of academics from Auckland University, NIWA and the Cawthron Institute determined the winner based on the results of Otago Regional Councilâ€™s long term monitoring of the Shag.

An interesting incident in the Bay of Plenty says a lot about local preparedness, according to one family.
A false alarm that triggered Whakatane’s tsunami warning system prompted fears residents might ignore a genuine alert – after the alarm sounded at 8pm.
This came just two months after another false triggering of the pager-activated alarm system.
Whakatane resident Geoff Cottrell said the local radio station did not give any information after the alarm sounded, so his household evacuated up the hill.
“It appears the alarm is no longer being taken seriously by the population,” Mr Cottrell said.
The cause of both false alarms remains unknown. Interesting…

A little further afield now, and China has launched its first moon rover mission, a programme seen as a symbol of its rising global stature.
The Chang’e-3 rocket carrying the Jade Rabbit rover blasted off around 1:30am Sunday (local time), the CCTV official broadcaster showed in live footage from the Xichang Satellite Launch Centre in the country’s southwest.
Within an hour the director of the launch centre Zhang Zhenzhong appeared before staff and declared the mission a “success”, CCTV showed.
The probe is due to land on the moon in mid-December to explore its surface and look for natural resources.
It is the world’s third lunar rover mission following the United States and former Soviet Union decades earlier.

An amazing story came in from Otago on Tuesday, after a lightning strike hit the home of an elderly couple, destroying their telephone – which had been in use just minutes earlier!
Don and Carmen Sutherland, from Papakaio, were left with about $1000 worth of damaged electrical equipment, following a lightning strike during an electrical storm on Saturday , which “cooked” three telephones, a laptop computer, a printer, several ADSL micro-filters and power-surge protectors.
Mr Sutherland said he had been working in the garage at the time of the strike, but his wife Carmen had been inside talking on the telephone, just before the electrical storm hit about 5pm.
“There was no thunder, there was just a hell of a crack, and I was actually blinded for a while, because it lit up the garage.
“It was quite a frightening experience.”

Across the ditch, New South Wales has seen its heaviest rains in more than a decade in some parts, predominantly along the ranges and southern parts of the state.
Deniliquin in the far southwest received 45.6mm, it’s heaviest 24 hour December rain since at least 1997 and the heaviest 24 hour total for any month since March last year.
Widespread totals of between 20-70mm fell across the NSW/VIC border, while further north between 10-20mm fell along and just west of the ranges.

And finally, check out an interesting opinion piece from Weatherwatch head honcho Philip Duncan about the conflict between rural and urban New Zealanders when rain is forecast – it gives a real insight into the delicate balance a weather forecaster needs to strike when talking about rain and shine!

Let us know what you thought of the week in the comments below – and tell us what the weather is like at your place, on our facebook page!

There has been a lot of talk about the rain being needed in the top of the north this week – yet the east coast of the south has been drier.  What chance of any decent rain around Canterbury anytime soon?  Apart from one day of about 10mm last month, therer has been next to nothing.

Could be a few showers later on Sunday and into Monday – other than that we don’t expect much rain in Canterbury for the next week or two.  You’ll find we’ll probably shift our focus to the South Island over the next few weeks as the heat builds up and the ground dries out.  Keep us posted on rainfall where you are!