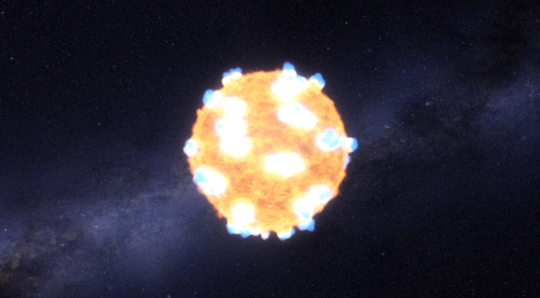 What a week!A short one but a busy one – as we’ve seen the deserts blossom, Australia hit with yet more crazy weather, and our own pre-Easter downfalls and gales.

Let’s start in the United States, where they’ve had a topsy-turvy 2016 already – and it’s only getting weirder!
The mixture of fall and winter storms combined with warm sunshine has created a breathtaking sight to behold in Death Valley.
For the first time in more than a decade, the typically barren terrain is bursting with color.
Death Valley National Park was packed with tourists from all over the world as they flocked to see the phenomenon unofficially known as the “super bloom.”

Death Valley, one of the driest places on Earth, is taken over by millions of wildflowers https://t.co/XSaSmRvOumhttps://t.co/DNUC8ElLBl

A little further afield, we had a couple of space stories this week – the first of which was all about Pluto!
When the New Horizons spacecraft made its flyby of Pluto on July 14, 2015 there was worldwide celebration about the first detailed look at this completely new type of planet in the outer reaches of our solar system.
Since then, the New Horizons spacecraft has transmitted spectacular images back that reveal surprises. Here’s a summary of just a few scientific results to date.

Staying in outer space, this week saw an astronomical first – the first time an exploding star has been captured on camera by one of NASA’s cameras.
It lasted only 20 minutes and took place 1.2 billion light years away, but they managed to film a star exploding.
The brilliant flash of an exploding star’s shockwave — or “shock breakout” — has been captured for the first time in visible light by the Kepler space telescope.

In news closer to home, we saw some isolated but severe thunderstorms hammer parts of eastern Queensland on Sunday, bringing falls over 100mm, strong winds and hail.
Whilst the storms affected some parts of the state’s central coast, the Great Dividing Range received the most severe and widespread activity.

And back on home soil, we saw some Easter weather of our own to concern ourselves with, as both ends of the country were hammered by strong winds and heavy rain at times overnight on Wednesday.
Close to 200 people were evacuated in Franz Josef after the Waiho River burst its banks, causing the Westland District Council to declare a state of emergency.
At least 130 millimetres of rain fell between 11pm and 3am Thursday morning.
Westland civil defence public information manager Andy Thompson said it’s far worse than just ponding flooding – 186 people had to be evacuated.

Hundreds have been evacuated from Franz Josef after a West Coast river broke its banks https://t.co/nKIuec6gLC pic.twitter.com/c08PA8Ary6

And at the other end of the country, trees were down and power lines were arcing all over Auckland and Northland as strong winds and heavy rain came through.
There were at least 17 separate outages, three of them on Waiheke Island and a cluster in north-western areas.
The worst of the wind came through between midnight and 3.30am.

And then, the cleanup – as the weather cleared on Good Friday, a lot of hard work lay ahead, as the weather of the past two days has meant mayhem on wet highways ahead of Easter holiday weekend, with multiple road closures and several nasty crashes.

You can check out current road and traffic conditions on the NZTA website, here.

And finally, don’t forget to vote in this week’s poll about heating, below!