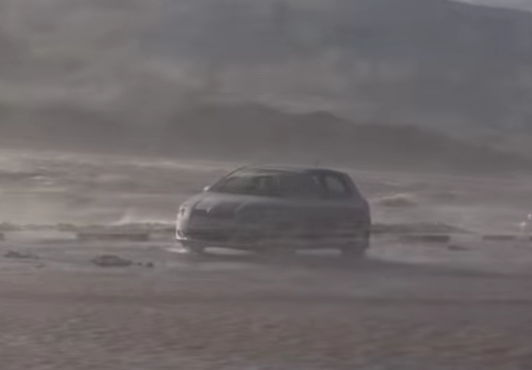 This week has seen gales in the south, a heatwave across the Tasman, and a new flight path announcement – all while Fiji digs itself out of a hole, and Hanmer Springs takes stock after a big fire.

We’ll start in the Pacific, where island nation of Fiji continues to recover amid devastation from Cyclone Winston two weeks ago.
Incredible tales of survival have emerged from communities across the island’s north and west, which will never forget the few hours it took for them to lose everything, including family and friends.
ABC reporters were among the first people to reach this isolated and battered community of Nai Vutu, where people are looking for ways to recover and rebuild. Read some of those amazing stories, here.

Following the devastating impact of #CycloneWinston, The Queen sent the following message to the people of #Fiji pic.twitter.com/XZFG4wPHcg

A heatwave is taking hold of many parts of Australia – as temperatures stay high in almost every part of the country this summer.
A heatwave affecting much of southeastern Australia’s inland is likely to continue for another week, increasing the health risk particularly in the very young and elderly.
The most extreme heat, compared to averages, is affecting northern Victoria and southern New South Wales but there has been some night-time relief.
For much of this region daytime temperatures have been running about 10 degrees above average but for the next week both days and nights should run similarly hot.

Meanwhile, the rest of the country is experiencing warm weather as the mercury climbs above average in most areas, during a month usually reserved for a cool change, the Bureau of Meteorology (BOM) has said.
Only small areas along the southern coast of Western Australia and along the central Queensland coast have recorded below average maximum temperatures so far this month.

Meanwhile, back at home, a forest area near the tourist haven of Hanmer Springs was set ablaze this week, cutting the small community off from the nearest townships.
Though 10 properties were evacuated all have been saved, their owners went to the sport pavilion early Tuesday morning.

Meanwhile, further north, WeatherWatch.co.nz continues to monitor the big dry forming across the lower North Island – and while showers are in the forecast, an end to the ‘big dry’ is nowhere in sight – yet.
Farmers, gardeners and growers have all contacted us in recent weeks, asking us when the rain might return.
Photos show the grass is now brown across Wellington, Wairarapa, Kapiti Coast, Horowhenua and parts of Manawatu and Wanganui.
Check out our mid and long range forecast for these areas, here.

Back in the South Island, if the longer nights, or change in the colour of some leaves wasn’t enough to tell you Autumn is coming, how about this wild swing in temperatures Canterbury saw this week.
A westerly flow developed over the lower South Island – on Wednesday, producing Gales in the Southern Alps and further inland in Dunedin – but pushing temperatures higher in Canterbury.
Friday, however, saw temperatures plummet dramatically – down into the mid teens in many cases – a swing of more tha  50%!

Staying in the South Island, and Dunedin was the focus of many forecasters and weather-watchers this week – as high, hurricane strength winds caused heavy damage, closed roads, downed trees and cut power to tens of thousands of people on Thursday.
Trees, plants and debris litter many parts of Dunedin city and surrounds, after the big surf, high waves and extremely unpleasant conditions.
Check out some of our readers and followers contributions from through the afternoon, here and keep sending them in – we’ll try and update the story as it continues through the weekend.

Back in the North Island, and 28 years after one of Hawke’s Bay’s biggest storms has almost passed with not even a whiff of the type of rain that submerged the province in 1988.
Cyclone Bola devastated Hawke’s Bay on March 6-8, with rainfalls exceeding 400mm in some areas north of Napier, causing widespread erosion in some cases still visible today, and in one act destroying the Wairoa town bridge.

One major sign of autumnal conditions setting in is fog – and we saw plenty of that in parts of the North Island this week!
Check out some of our reader’s foggy photos from Hamilton and the Waikato, here.

In aviation news, Qatar Airways has confirmed it will begin a non-stop, more than 18 hour service between Doha and Auckland – set to become the world’s longest flight – on December 3.
The airline will operate the daily flights with a Boeing 777, the same aircraft rival Middle Eastern carrier Emirates uses for its new direct service to New Zealand, which launched last week and is currently the longest commercial flight available.

And finally, don’t forget to vote in this week’s poll – below, and take a look at your weekend weather with Philip Duncan’s latest video, here.