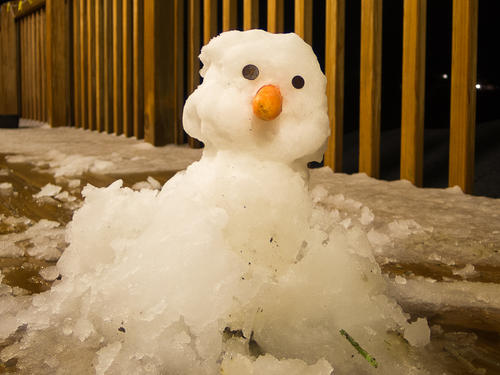 Another cold week at home comes to an end, while internationally we’ve seen several huge and deadly weather events around the world.

The years’ largest storm blew across parts of Asia last weekend – battering Taiwan and China with strong wind and torrential rain, killing 22 people and cutting power to 3.62million households.
The eye of the storm passed over the island nation 110 miles east of China, where four people were missing and hundreds injured, while hundreds of flights had been delayed or cancelled, while tens of thousands of people were evacuated, authorities said.

Check out this video from China, showing the incredible effects of strong winds on a waiting passenger jet!

Staying with planes and weather – this is what happens when a passenger jet meets a hailstorm – nature at its most brutal!
We had two separate sets of photos sent through to us this week – showing the extreme effects of hail on some really tough machines.

China was in the news again this week, after a landslide came crashing through a mining community, burying several dormitories and homes – and leaving dozens missing, feared dead.
The provincial government of Shaanxi said 15 dormitories belonging to the Wuzhou Mining Co. were buried along with three homes in the mountainous county of Shanyang, and that 14 people had been rescued.

Back on home soil, it was a bitterly cold week in some parts of the country, with harsh frost conditions coming right before the lambing season begins in places.
Federated Farmers Hawkes Bay President Will Foley said for most farmers the snow is falling right before the lambing season, though “there are flocks around lambing – but at this stage I don’t think those areas will be hit very hard.”
Last weekend’s winter storm brought with it around 45-centimetres of snow to Mt Hutt.

Auckland had a real taste of winter this week too, with snow flurries, hail and graupel falling around parts of the inner city and suburbs on Monday – resulting in a corresponding storm on social media!
Check out some of our favourite posts and pics, here.

All the way at the other extreme end of the scale, drought status on the east coast of the South Island has been extended another six months, until February next year.
The Minister for Primary Industries delivered the news to farmers in North Canterbury on Friday, which means increased funding to the Rural Support Trust, and the possibility to apply for tax exemptions for some hard hit farmers.

And finally, get the latest on a warm (and wet) weekend for many parts of the country, with Philip Duncan, here – and don’t forget to vote in this week’s (very one sided!) poll, below.