Weather Headlines for Sunday – Cyclone about to form near Fiji, another dry week for most of NZ 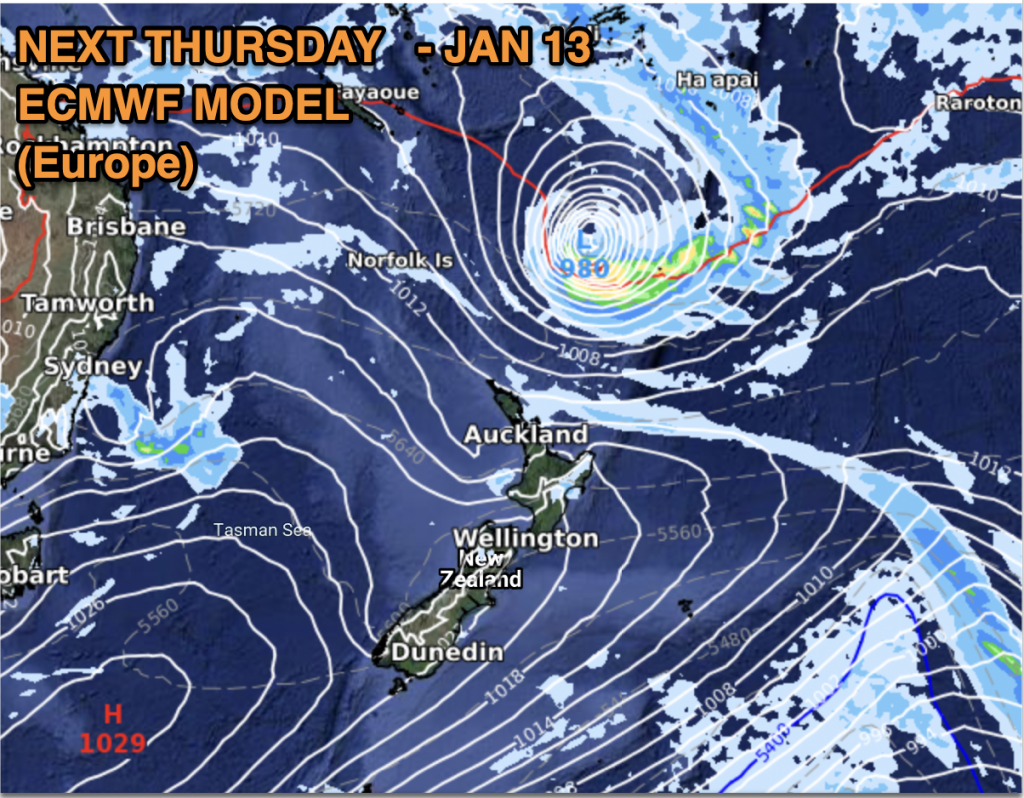 Here are the 3 main weather news makers for today.

TROPICAL CYCLONE LIKELY TO BE NAMED TODAY
A tropical low near Fiji is expected to reach storm status (gale force winds around the centre) which means it will become a named tropical cyclone.

For now this is a marginal storm, with the Fiji Met Service only expecting Category 1 strength initially. Computer modelling this past week has been quite messy, with some days showing a storm forming and other days showing a very large low instead (large lows can stretch the energy further which reduces the winds overall, making it harder to reach that “tropical cyclone” status).

The tracking is also a bit sluggish, expected to be zig zagging about for a while at sea between Fiji and Vanuatu.

As for NZ – long range data suggests it may get close, but it’s not locked in yet if NZ will be impacted. Either way though, the storm may increase rips, currents and wave heights at some northern beaches at the end of this coming week even if it remains well offshore.

Powerful high pressure over the South Island is expected to ‘push back’ against the storm as it tracks south.

SEVERE MARINE HEATWAVE CONTINUES IN WAIRARAPA
Marine heatwave conditions are likely to persist for the east coast of the North Island (6 – 12 January) and Wairarapa, which is still experiencing a severe marine heatwave.

Water temperatures around Raglan and Taranaki will continue to increase but conditions need to persist for longer to be classified as marine heatwaves.

The Cook Strait and Chatham Islands are no longer experiencing marine heatwave as water temperatures decrease, but are likely to rise again at the end of next week.

For the South Island, although the waters will be warmer than the long-term average, no marine heatwaves are expected over the coming week.

(The update above was brought to you entirely by the Moana Project – a 5 year $11.5 million MBIE Endeavour ocean research initiative. It aims to improve understanding of coastal ocean circulation, connectivity and marine heatwaves to provide information that supports New Zealand’s seafood industry. The project includes outstanding research organisations in New Zealand and overseas, and partners with Whakatōhea iwi to support their rohe moana interests in the Bay of Plenty. MetService and MetOcean are bringing it all to life here – and we thank them for providing such an excellent new public resource. Now, if only someone could explain the logic in why another Government Agency, NIWA, is using public money to compete with this project – Minister Megan Woods refuses to explain or engage in the matter.)

This map below (courtesy of the US Govt as NZ Government Agency NIWA won’t share similar data here with the private sector) shows just how fine the line is between wet and heavy rain thanks to the cyclone north of NZ and the dry weather over the rest of the country due to powerful high pressure.

As you can see, the precise tracking of that low will make all the difference between wet and dry. As we said in our January ClimateWatch update, if this rainmaker misses NZ then it’s going to really impact farms and waterways which are now in need of rain.

This map is the 7 day departure from normal map and shows how dry NZ is looking – but it also shows that heavy rain event just to our north. Red/pink = drier than usual, White = normal rainfall, Blue = wetter than historically recorded at this time of year.

We don’t expect to lock in the potential cyclone’s chances of rain in NZ for a number of days – but your local WeatherWatch.co.nz or RuralWeather.co.nz forecasts are already crunching the data and giving your the chance of rainfall in 7 to 10 days time in % form. At this stage our IBM data shows an increased chance of windier easterlies and cloud – but the rain still being held at sea. Our public forecast data is updated every hour of every day and within IBM it’s as frequent as every 15 minutes – so it’s the current best thinking on the planet).