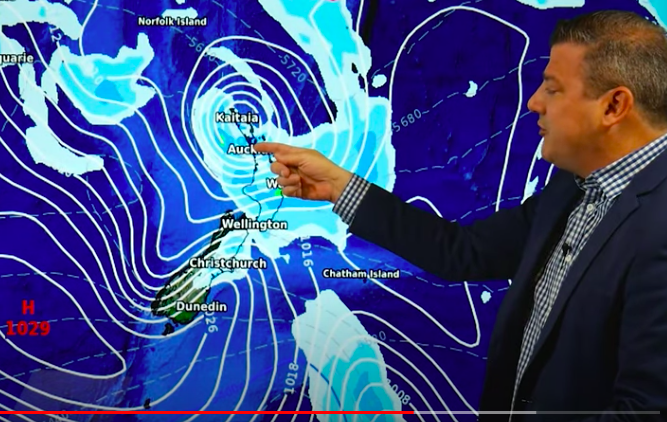 An offshore ex-cyclone will add stronger currents and bigger waves to some eastern beaches of the North Island today as it tracks by offshore.

High pressure is moving into NZ but next week low pressure looks likely to come into northern NZ with windy easterlies nationwide and some rain for the North Island.

The low next week is one to watch and may bring relief to some (but not all) parts of the North Island and into the eastern South Island maybe too.