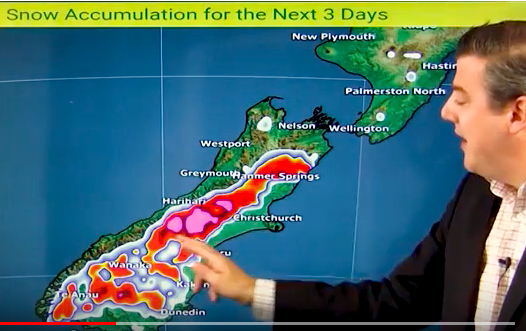 Temperatures over the next few days across New Zealand will be going from warmer than average to colder than average for most as a significant southerly change moves in.

Friday is when it peaks and the cold should peak over the South Island, while Saturday looks coldest for the North Island. By Sunday a huge high in the Tasman Sea will be trying to push in from the west but NZ will still be under a southerly quarter wind flow.

We also cross over to America and track Hurricane Michael including live rain radar now that is starting to show up near Florida.

Michael has just been upgraded to a Category 4 Hurricane and has already proven deadly with at least 13 lives taken so far in Central America as a result of flooding.