Low near Fiji has tropical cyclone potential, may track into NZ area (+7 Maps) 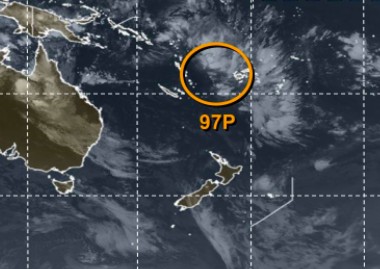 UPDATED 10:56AM MONDAY — A tropical depression formed near Fiji over the weekend and today both Fijian and US authorities are signalling it now has a “moderate” chance of becoming a tropical cyclone on either Tuesday or Wednesday directly north of New Zealand.

It is likely to track southwards towards New Zealand However unlike Fehi and Gita the path of this next potential storm is less clear. “The tracking with both Gita and Fehi was changeable but the various models did have a common theme or pattern playing out. With this next storm, which would be called Hola if it does in fact become a tropical cyclone, the modelling isn’t so sure about how big it will get or whether it will directly impact New Zealand” says head forecaster Philip Duncan.

Reliable computer modelling hasn’t been so reliable with this storm though and any possible tracking, although US modelling we often trust did pick the potential early last week for a tropical cyclone some time around March 9 or 10. Over the past two days there has been more consistency about future tracking taking the possible storm just east of East Cape on Saturday.

It will take another couple more days to be more specific on this tropical low. For a couple of weeks now there has been a lot of evidence pointing towards a burst of tropical energy around the second week of March but the modelling has been consistently unsure if this wave of tropical energy will produce a tropical cyclone or just a large area of low pressure with wind and rain – either way it’s certainly something to be aware of this week and as we head into the weekend. 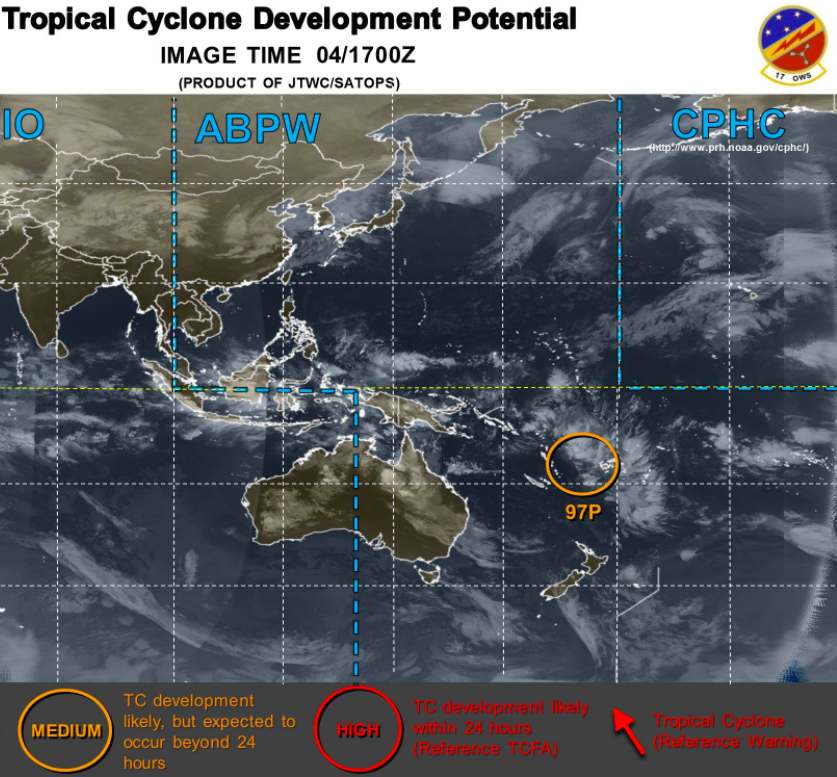 – Current Southern Hemisphere outlook from the Joint Typhoon Warning Center in the US (JTWC). 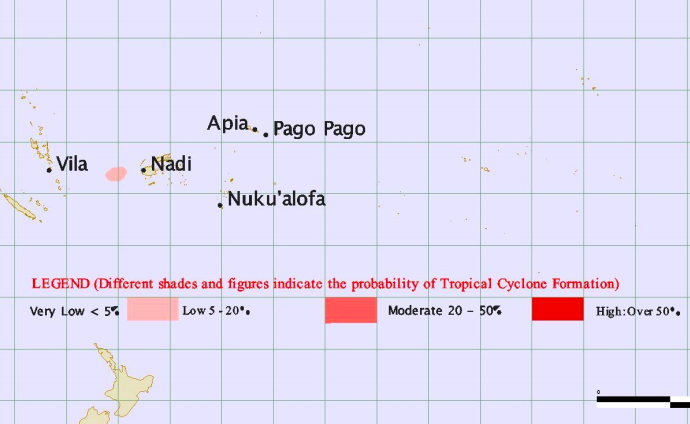 – Fiji Met Service outlook for Tuesday/Wednesday shows the highlighted area between Vanuatu and Fiji has shifted from “low risk” to now “moderate” risk. 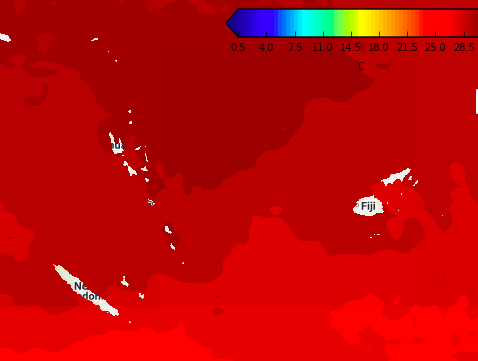 – Current sea surface temperatures show it is 28 to 30 degrees Celsius between Vanuatu and Fiji where this low has formed / Image courtesy Weathermap.co.nz 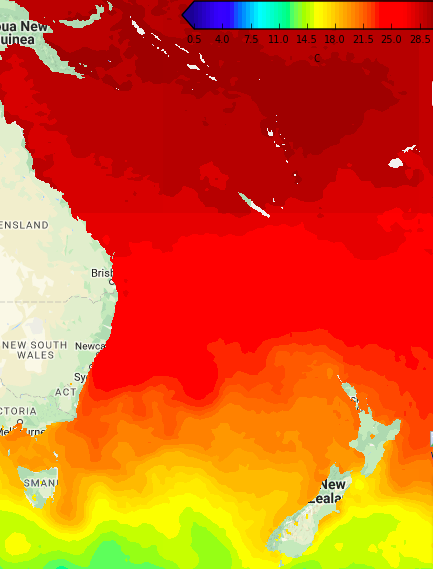 – Sea surface temperatures at the moment shows a drop towards northern New Zealand of several degrees but stills stays warm in the north to keep lows active / Image courtesy Weathermap.co.nz

WHAT THE MODELS ARE SAYING FOR WHERE THIS POTENTIAL TROPICAL CYCLONE MAY TRACK:
Remember as we said above the modelling isn’t yet locking in a consistent path so this may still change (in fact is likely to change). For now both ECMWF (Europe) and GFS (America) are picking it will track to the east of the North Island on Saturday. In previous days they were picking a much larger low spread over a larger area and not a tropical cyclone – so we’re still needing more time to be more specific. 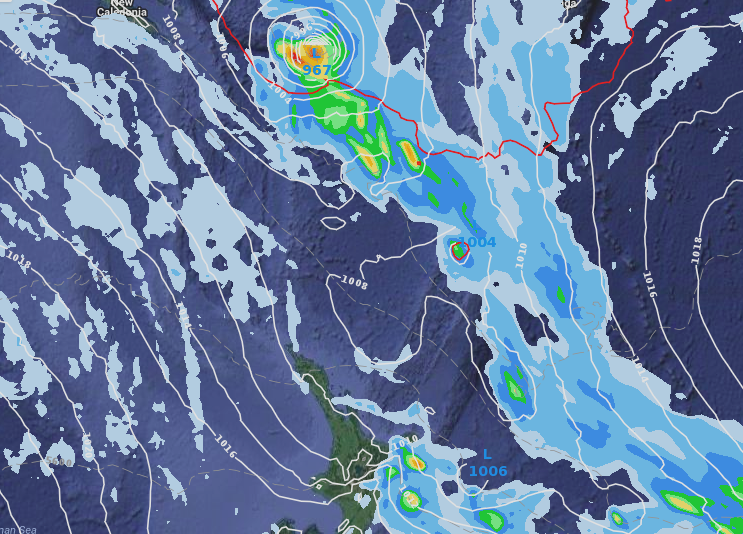 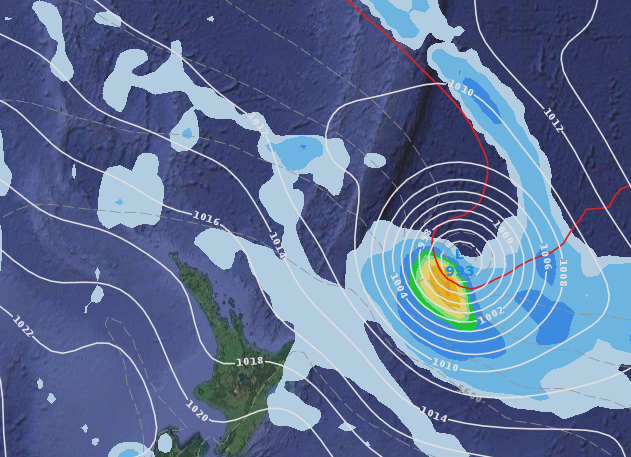 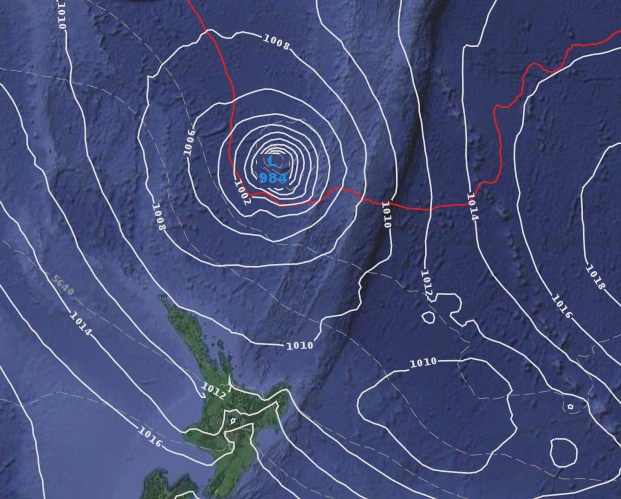 Seems to be no end to it. Third storm beginning. Roll on winter where at least the weather is reliably wild to match our mood.

Oh no!!
Wait now for media to start the trumpets blowing with fearmongering that we have another Cyclone about to slam NZ.
Why don’t they just keep cool instead of opening the drawer to bring out the same smelly socks.