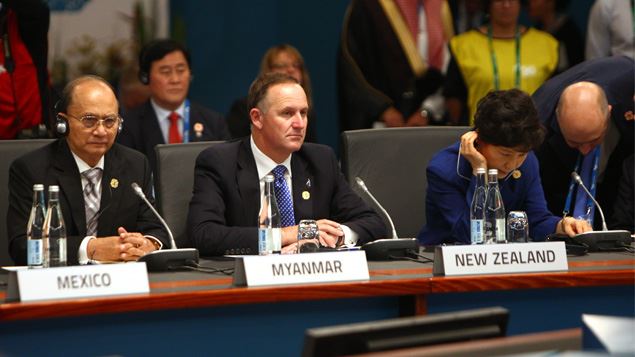 Climate change emerged as the big issue of the G20 meeting in Brisbane over the weekend.

The Government is following Barack Obamaâ€™s lead with a contribution of $3 million to the global effort.

John Key says the time is right for leaders to tackle the issue.