Fiji prepares for another cyclone, high pressure will try to stop it reaching NZ (+4 Maps) 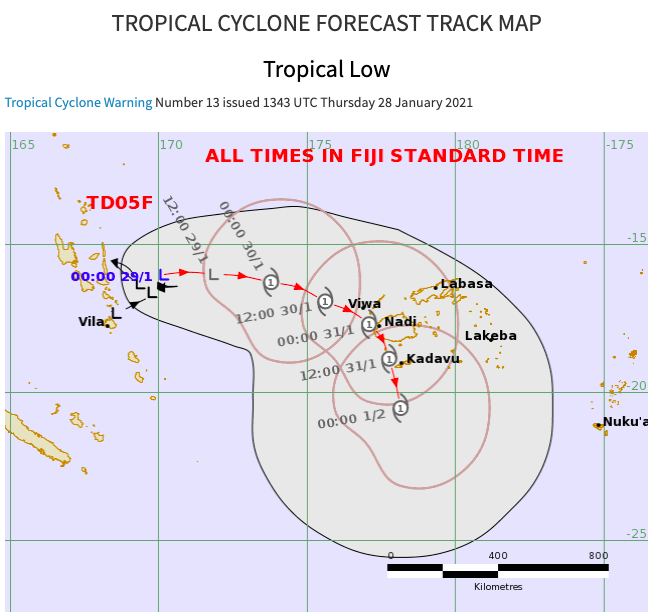 The tropics continues to bubble away with a series of lows now in play – one of these tropical depressions is expected to become a tropical cyclone, possibly within the next 20 hours.

The Fiji MetService now has tracking maps for the low, which may become a named tropical cyclone later Friday or on Saturday.

While Cyclone Yasa in December was a monster Category 5 system, latest guidance suggests this next low will be considerably weaker, perhaps only reaching Category 1. This is still serious enough to damage buildings and bring down trees but at this level this next potential storm may be more of a rain maker for the Fiji island group. Floods may be a problem with the slow moving low.

The reason this tropical depression isn’t as likely to become too intense (at this stage) is due to nearby lows “stealing” energy. This makes for a larger area of low pressure and sometimes much more rain – but also reduces the windy weather risks.

Beyond Fiji high pressure around southern New Zealand will be powerful and will push back against this low. This will likely create a “squash zone’ of windy easterly quarter winds in the upper North Island next week, and later next week we may see showers as well. For now, the risk for any direct hit in NZ remains at just 15% according to WeatherWatch.co.nz.