Cyclone Pola forms north east of NZ, tracking our way but should be blocked by high pressure 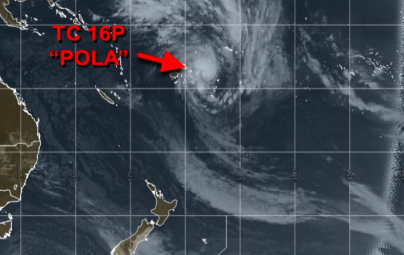 As WeatherWatch.co.nz exclusively forecast last week a new cyclone has just formed east of Fiji. The storm has been named “Cyclone Pola” by the Fiji Met Service and is currently Category 1 (out of a scale up to 5) and will likely strengthen into a Cat 2 storm by the end of today.

However just as New Zealand recently saw with Cyclone Oma, Pola will also be blocked from a direct hit to NZ due to strong high pressure in the area that will guide Pola eastwards.

Pola is tracking due south at the moment and shows it sliding between all the island nations to our north east. However those in Tonga should closely track Pola in case it jogs more to the east over the next 24 to 48 hours and potentially directly impacts them. Pola is remarkably similar to Cyclone Neil that formed two weeks ago and tracked in a similar fashion southwards past Tonga and caused very little problems for them.

At this stage it appears Pola will be closest to New Zealand on Saturday but shouldn’t impact our weather, but may bring in slightly bigger waves and stronger rips to the north east. 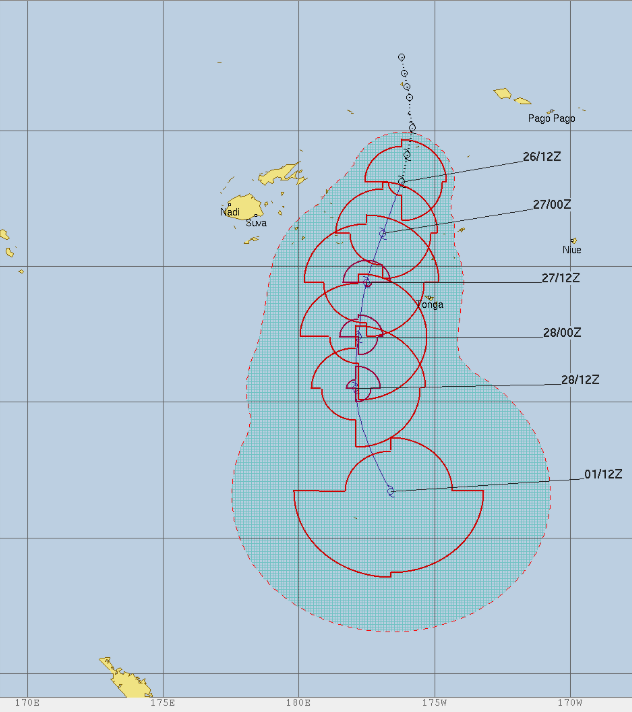 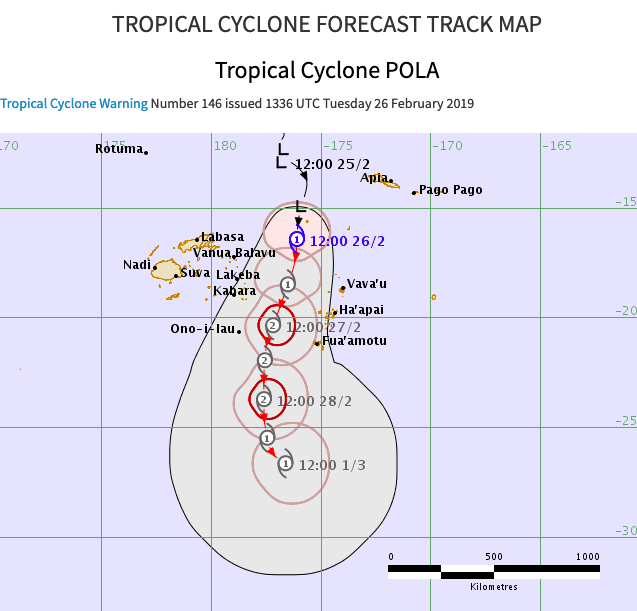 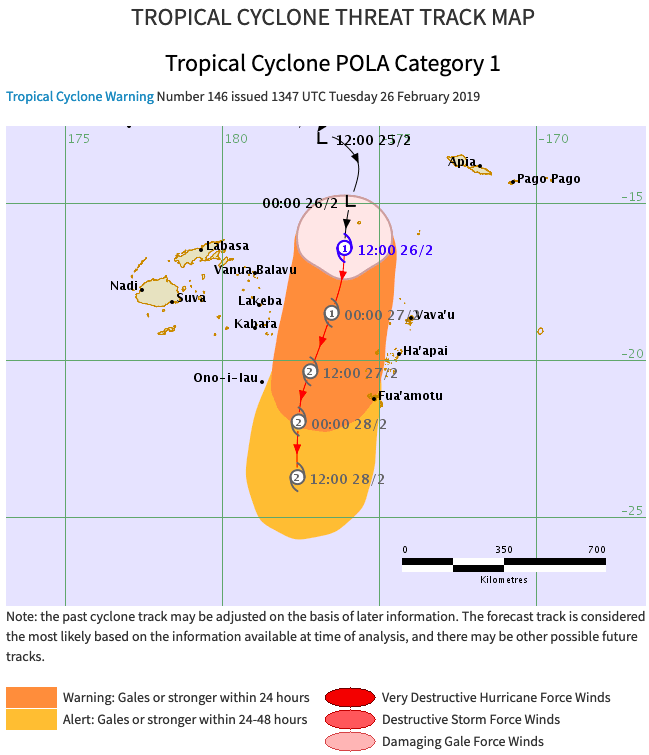 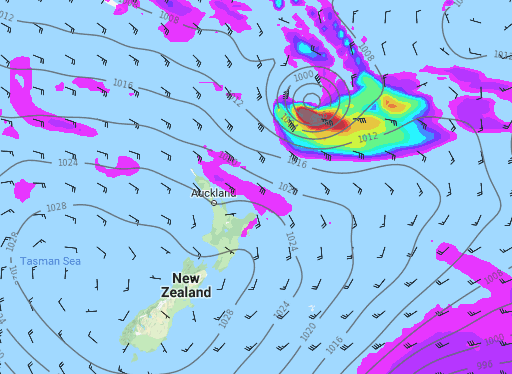 – Current forecast for this Saturday showing the remnants of cyclone Pola to our north east, probably with Cat 1 equivalent strength. Map by Weathermap.co.nz