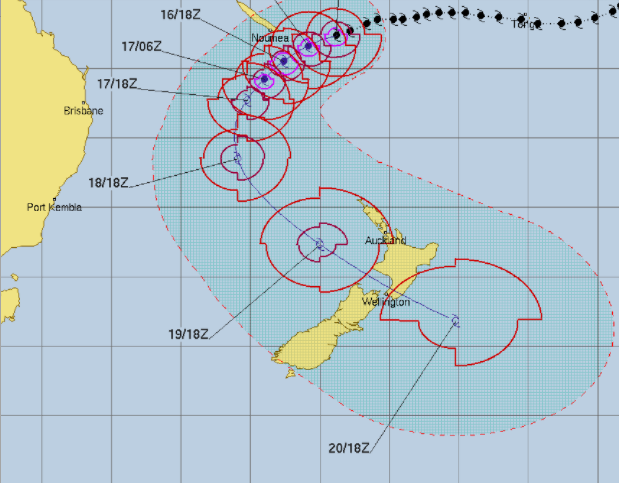 Updated 3:21pm — Tropical Cyclone Gita remains a severe category 3 storm today and the air pressure remains fairly stable although up a tiny bit at 959hPa. It remains in a good position with little interference landwise and atmosphere-wise to weaken it significantly.

However Cyclone Gita will soon starting to tilt more southwards toward New Zealand and this southwards turn will take it further away from the equator and therefore less favourable conditions to keep the “severe” status (which is Category 3 and above). The storm is still tracking west at 13 knots (faster than yesterday at 8 knots) but will increasingly turn WSW in the near future.

Gita will track between Norfolk Island and Lord Howe island, a bit like a bowling ball missing the pins – which is better news for these Australian territories.

As Gita tracks into the New Zealand area it will morph out of having a warm core (which makes all the worst of the weather right near the centre) to having a cold core (which spreads the wind energy further afield and can often make the storm even larger in size). You can read more about this process here as currently New Zealand has two powerful storms to compare – one to our north west in the tropics and the other to the south west in the Southern Ocean.

Another moving part to this storm is that it may speed up in the New Zealand area – this could be helpful at reducing damage and flooding, although a southerly that the storm will move into over the South Island could make for some very heavy rain and flooding around parts of New Zealand. Where exactly can’t be locked in yet.

The precise tracking of Gita over New Zealand still remains somewhat unclear. GFS modelling (American Government) shows it will make landfall in the upper South Island, while ECMWF shows the western North Island anywhere from Auckland to Taranaki. Either way it’s safe to say the entire western and central portions of New Zealand are most exposed – and in fact the entire country is now under the risk of this storm impacting them, which doesn’t happen too often from a storm that originated in the tropics.

Even if the storm makes landfall in central areas the strongest winds around the centre of the low could still hit northern New Zealand including Auckland.

As the low crosses New Zealand this coming Tuesday and Wednesday it will be rapidly transforming into a new system and computer models agree the storm will actually grow in size and strengthen over the Pacific Ocean as it moves away from New Zealand on Wednesday. But the timing and location of this is still way out from various modelling, making it very hard to still lock in Tuesday and Wednesday’s precise severe weather risks.

Until the models align there will remain doubts about where precisely the centre comes in – and where precisely this happens makes all the difference to the local weather conditions where you are and what severe weather might occur.

With any storm in New Zealand the topography (the hills, ranges, mountains, valleys) all play a huge role in helping create severe weather. The terrain can make rain much heavier for some, lighter for others. Same goes for the wind – with gales made worse by some wind tunnels and ranges, while others are more sheltered. We can’t forecast precise severe weather other than generalities at this time.

Generally speaking there appears to be growing confidence of flooding, slips and some wind damage from this event across both islands.

Timing:
At this stage it looks to arrive later on Tuesday or early Wednesday and impact New Zealand for 24 to 36 hours. Should be gone by Thursday. This may still change – keep up to date with our regular updates across the weekend. 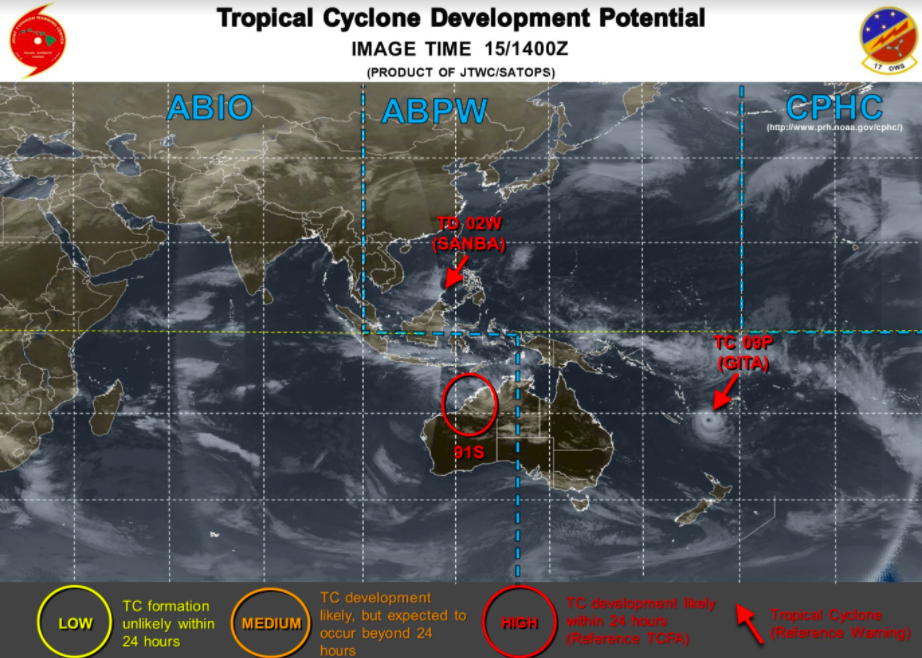 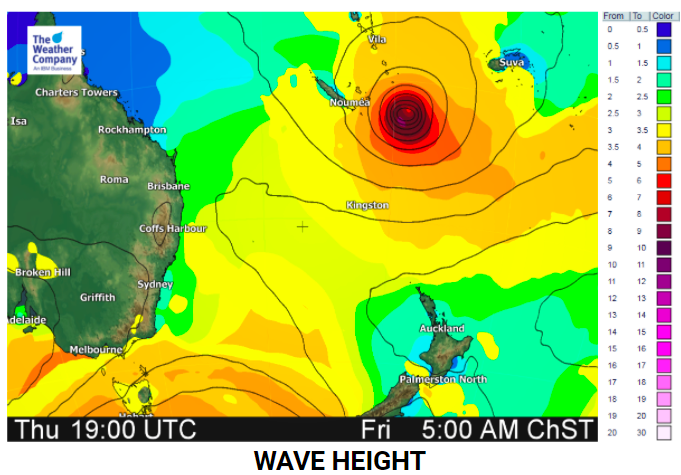 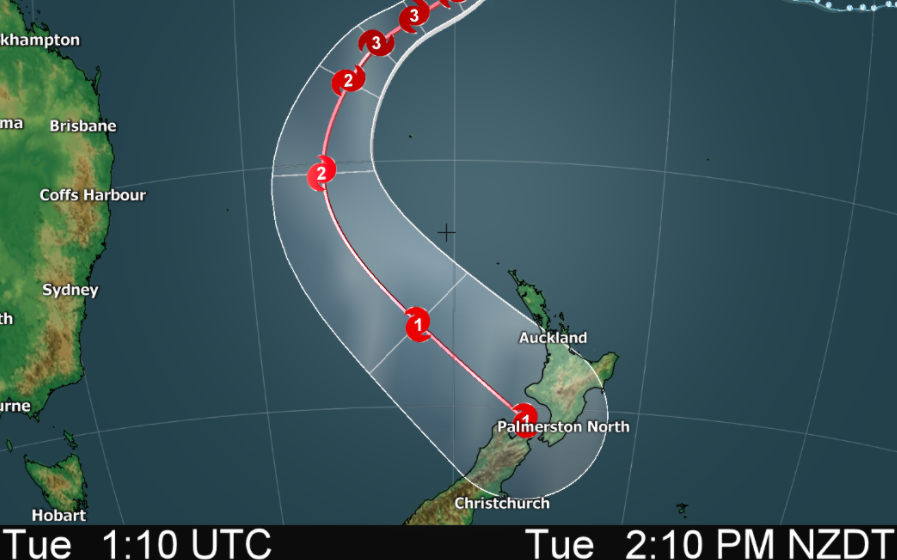 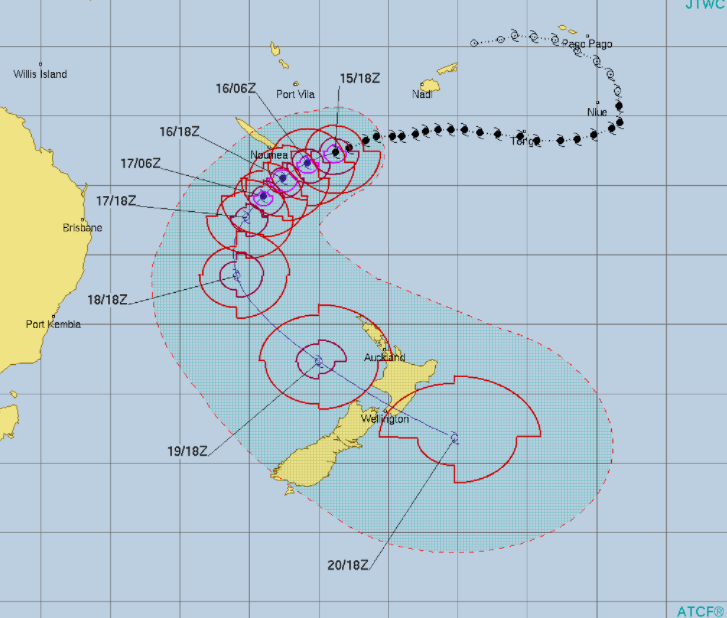 – WeatherWatch.co.nz, with maps by The Weather Company and JTWC