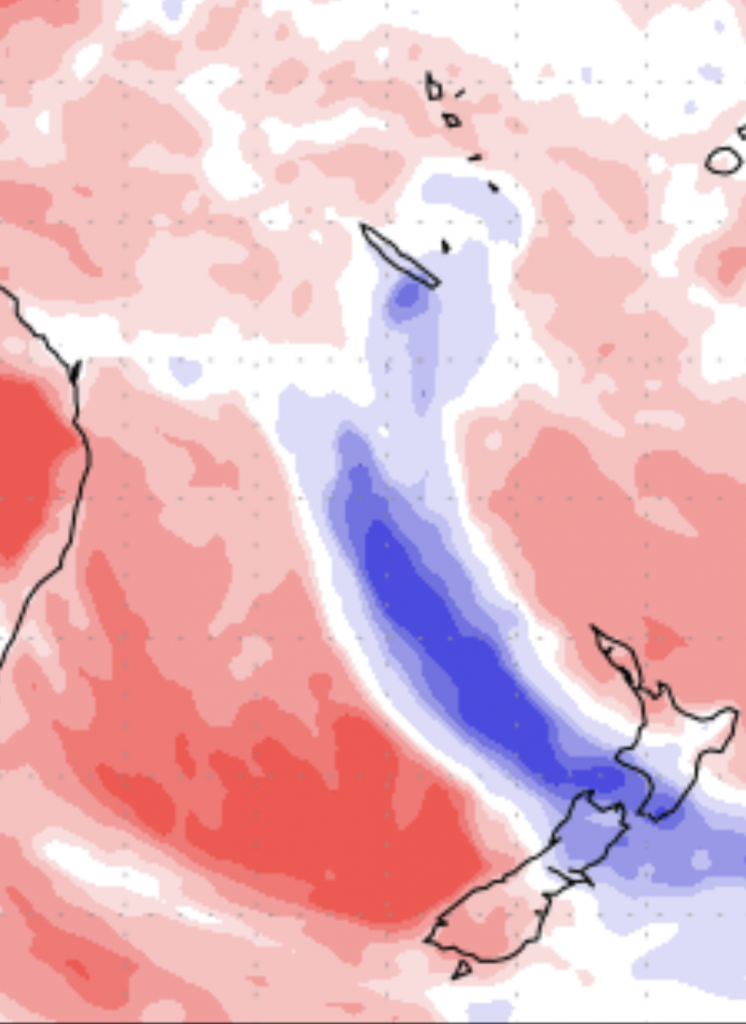 Tropical Cyclone Dovi is today tracking through southern Vanuatu and eastern New Caledonia before heading to NZ this weekend.

The storm is expected to fall apart in the New Zealand area but early estimates are that it will likely dump 150 to 250mm across a large portion of central NZ (upper South Island, lower North Island). (highest totals in the mountains and ranges where totals may exceed 250mm).

Dovi’s main rain bands may likely miss the top of the North Island – but tropical humidity is about to increase even further in northern areas, peaking on Saturday and Sunday, before easing as a cooler change moves in behind it. That’s right, it’s not even peak humidity yet!

Rain from Dovi is also expected to spread into Canterbury – but a much cooler change arrives on Sunday with Christchurch having a high of just 13 degrees as Aucklanders wake to 23 degrees and 95%+ humidity.

We’ll have more details in the coming days.