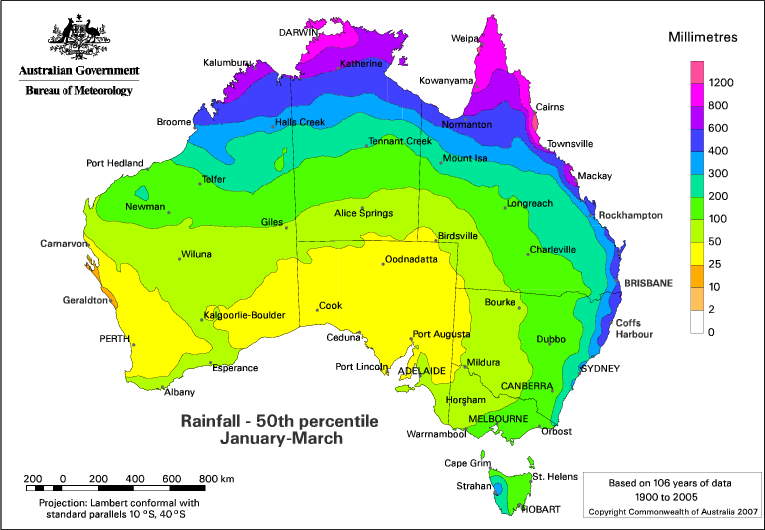 The heaviest rain in six years is affecting parts of Queensland, with much more to come.

In central Queensland flooding rains hit Alpha and Jochmus with 160mm and 147mm in under 24 hours respectively. This was their heaviest rains in six years, leading to localised flooding.

Fruther south, Roma and St George both had their wettest days in two years with just over 50mm by 9am this morning.

The culprit for the heavy rain is a low pressure trough that is stretching from the Gulf Country to the Darling Downs, with areas of rain and storms across those districts.

The heaviest totals are likely to be in the Central West today and tomorrow as the trough slowly edges west with daily isolated totals likely to exceed 100mm as most places gain well over 10mm. Areas of rain and storms will gradually contract towards the state’s northwest into the weekend.

The very dry Northwest region should get showers and thunderstorms, most widespread on Saturday. By mid next week most places are likely to gain 10-30mm with only a smattering of locations missing out completely.

Farmers in New South Wales are happy, too.

Rain had been critically needed to get some pasture growth before winter sets in.

Tony Bowe, Maitland saleyard operator, says yardings are well down now as producers breath a sigh of relief and cattle prices are set to rise.

“You know, it is really going to kick the season along and it is also going to give graziers a few options for the marketing of their cattle.
“Last week, they only had one option and that was to sell. Now they have a couple of options. They can leave them in the paddock or they can go ahead and keep selling their cattle.”

But the cropping regions throughout the Central West and the Riverina need much more rain before sowing, as subsoil moisture is extremely low after the record hot summer.”