Home > News > Australia: May ends with a drenching for...

Australia: May ends with a drenching for the south 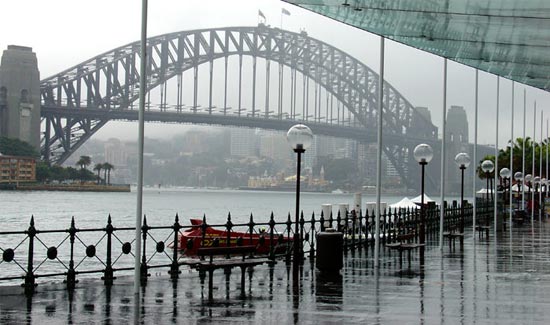 A build-up of moisture over New South Wales has come to fruition over the North Coast, as heavy showers give a preview of the wet weekend ahead.

A large slow moving cut-off low has been ambling over southern parts of the nation in recent days. The North Coast of NSW saw some of the heaviest falls state wide overnight as a result of persistent moist easterly winds which were feeding into this system. Coffs Harbour recorded 42mm in the 24 hour period to 9am, while South West Rocks collected 41mm.

It was a similar story over the South Coast where moisture laden sea breezes dumped 38mm over Jervis Bay and Narooma. Some of these showers were intense at times, with Ulladulla receiving 3.6mm in 10mm before going on to reach a total of 37mm.

Although these showers gave coastal residents a taste of what’s to come, the most significant falls are expected over the Central West Slopes and Plains on Sunday where isolated falls of up to 100mm are a risk. Elsewhere on Sunday, widespread falls of up to 25mm may descend over the Riverina, South West Slopes, Central Tablelands and lower parts of the Northern Tablelands.

The risk of thunderstorms will continue tomorrow, where instability ahead of the trough will cause storms to contract further east. Following the trough however, an upper cold pool will also accentuate instability leading to isolated storms about the Upper Western and Lower Western districts.

As Sunday afternoon turns to evening, a deep region of convergence just offshore has the potential to produce some substantial rainfall. The heaviest showers are expected to remain offshore however the fringes of the Hunter, Sydney and Illawarra coasts have the potential to see up to 50mm.

Scattered showers about eastern parts of the state will continue throughout Monday in the wake of this trough, however by Tuesday the majority of the rain should have subsided.