Australia: Adelaide heating up before Christmas 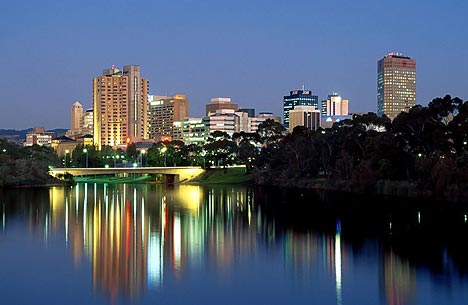 Sunday saw scorching conditions across Adelaide, in stark contrast to the cool weather during the week.

As the winds turned northerly in the morning, the heat pumped into Adelaide and surrounds.
The mercury shot up suddenly to 30 degrees by 9am.
By lunchtime, it had reached 36.1 degrees in the city. It was even hotter at Pallamana and Roseworthy reaching 37 degrees.

This heat is a stark contrast from a majority of the week, where it has been unseasonably cool. Adelaide has had a four day stretch where the the city failed to reach 25 degrees.

The building afternoon clouds announced the arrival of a low pressure trough in the west.
The cloud cover has put a cap on the further heating for the city for today. Winds will tend westerly before a cooling southwesterly change moves through in the early evening, bringing some relief to all those hoping to get an early night.

Showers and the chance of storms are on the cards for today, as the low pressure trough moves through the city, with a cool southerly change arriving early Tuesday. This will bring daytime temperatures back down to the mid-twenties, with the cool weather hanging around until after Boxing Day.