A temperature record, Kiwi weather wars and Winnie the Pooh – Your Weather Headlines from the last 7 days 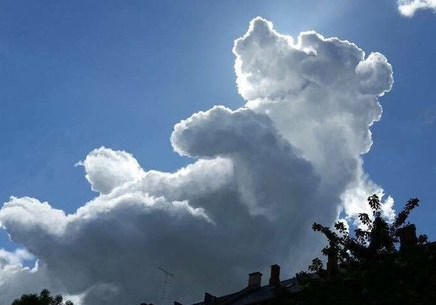 The weather never stops, and 2016’s rollercoaster ride just keeps getting crazier – as this week saw some world firsts, further tragedy and some very rough conditions in some parts of New Zealand.

Let’s start overseas in the USA, where sweltering Midwest weather claimed the lives of a handful of people in the Detroit area over the course of three days, Roseville Police Chief James Berlin told CNN.
Five elderly residents who had underlying health issues died as a result of the soaring temperatures, Berlin said. Residents were encouraged to stay hydrated and find an air-conditioned place to avoid heat exhaustion or heat stroke – as more than 115 million people sat within the “excessive risk” zone this week.

Dangerous, sweltering weekend ahead for much of US. Prep for heat & take care of one another https://t.co/wipkTPWDj7 pic.twitter.com/s27Cosdq9i

Staying overseas, heavy rains and floods in India have affected more than 1.6 million people in the tea-growing north-eastern state of Assam, with officials scrambling to shift hundreds of thousands of people into 300 makeshift relief camps.
The death toll in Assam rose to at least 12 on Wednesday, according to police and rescue workers. Heavy monsoon rains are forecast for at least another 48 hours.

And even further afield, temperatures in Kuwait reached 54C last week, a record for the eastern hemisphere and possibly the entire planet.
A weather station in Mitribah, an unmapped area of north-west Kuwait, recorded the temperature on Thursday, with Basra reaching 53.9C (129F).
The highest temperature ever recorded was in Death Valley, California, where the mercury is said to have risen to 56.7C on 10 July 1913. However, the validity of that figure has been debated by meteorologists.

Temperatures in Kuwait and Iraq reached 129.2F this week, the hottest ever recorded in the Eastern Hemisphere. https://t.co/GE83SMu34Z

And a little closer to home, Australia has been in the firing line, weather-wise once again this week, particularly in Adelaide, where high winds described by the State Emergency Service as a “storm cell” ripped through Somerton Park, damaging roofs and bringing down trees on Monday.
The SEC said there were a number of reports of fallen trees and warned drivers of the potential for black ice on roads.

Strong front approaching #Adelaide. The strongest winds and heaviest rainfall moving through in the next 1-2 hours. pic.twitter.com/JmeR0eWLU2

Meanwhile, there’s been plenty to keep WeatherWatchers busy this week back here in New Zealand – with snow falling in parts of both islands through the week, as well as stormy, windy, rough and disruptive conditions over many parts of the country.

This weekend true winter weather kicks in – on the final day of July (Sunday) a proper polar southerly is possible nationwide across the country for the first time this year. However just two days later – August 2nd – a high in the Tasman Sea will divert air from not only the sub-tropics, but also the Australian interior, and push this right across New Zealand.

@WeatherWatchNZ as for the high wind, someone forgot to latch the cover correctly. That same someone is now very wet pic.twitter.com/lcoNXjJ3mj

If you’ve had clear skies lately you have probably noticed something – there’s extra daylight both mornings and evenings across New Zealand.
With the shortest day of the year over four weeks behind us, we’re now seeing quite a bit more daylight during the evenings, and the sun is also rising a little earlier.
Generally speaking, there are about 10 minutes of extra daylight in the mornings and around 20 to 30 minutes of extra light around dusk.

This week also saw an historic development in the so-called “weather wars” – as Weather forecasters Niwa and MetService have said they are working with MBIE on a review into what free weather data should look like.
This is a result, in part, of WeatherWatch.co.nz’s claims New Zealanders are being denied real-time, life-saving weather information.
“We shouldn’t have taxpayer dollars going into MetService and Niwa unless the data is freed up,” Philip Duncan, chief executive of WeatherWatch said.

And finally, does this cloud look like Winnie the Pooh? You be the judge…

Don’t forget to check out the weather outlook for the rest of July, and a glimpse into the start of August, here, while also having your say in this week’s poll, below!