A sinking city, a “cyclone drought”, and a triple rainbow – Your Week in Weather Headlines 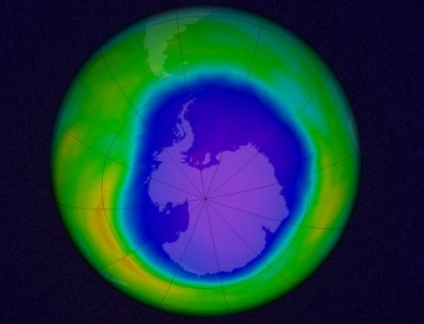 Another crazy weather week has come and gone – with low temperatures, heavy rain and some fierce frosts to go along with an extremely rare ‘triple rainbow’ here at home, along with some more extreme climate and environment stories from overseas.

Let’s start in the USA, where massive floods sent raging waters across parts of West Virginia, killing at least 26 people and leaving hundreds stranded last weekend, officials said.
It is the deadliest U.S. flash flooding event since May 2010, according to CNN meteorologist Allison Chinchar. In 2010, flooding killed 27 people in Tennessee, Kentucky and Mississippi.

Closer to home, in the Pacific Ocean, where the dearth of named tropical cyclones in the tropical northern part of the sea in 2016 is nearing record territory – after one of the most hyperactive years in 2015.
There hasn’t been a single named storm of at least tropical storm intensity in the North Pacific Basin since Hurricane Pali became a January oddball just north of the equator and well southwest of Hawaii.

Why has the NW Pacific been so quiet? One reason… anomalous sinking motion has dominated over past two months. pic.twitter.com/BFJSJms4cU

In more international news, the world’s largest mapping service is now using images from a newer NASA satellite to produce crisper and clearer pictures.
Google (GOOGL, Tech30) says the higher quality images are possible because of sensors in Landsat 8, a satellite that launched in 2013, and “new processing techniques.”
Landsat 8 can take pictures with a lot more detail, a lot more frequently, Google said in a blog post Monday. That means Google has access to twice as many images that are much more recent.

In some rare good news about the weather and climate, the hole in the Antarctic ozone layer is beginning to close, scientists have discovered – and may even be gone in the next 3 decades.
Researchers from the University of Leeds and Massachusetts Institute of Technology (MIT) in the US, have confirmed the first signs of an increase of ozone, which shields life on Earth from the sun’s harmful ultraviolet rays.
They now predict that the hole above the South Pole will close permanently by 2050.

The hole in the ozone layer over Antarctica is finally starting to heal: https://t.co/oel9ckCYL3

Beijing residents have put up with choking smog, trash-filled rivers and toxic running tracks – but now they have another concern — sinking.
An international study led by Beijing-based researchers has discovered that the city is dropping by as much as 11 centimeters (4 inches) in some districts per year.
The thirsty city has depleted its groundwater, which the study identified as the cause of the sinking.

Why are 46 cities in China sinking? https://t.co/LskzAftwpE

Back on home soil, we’ve had an up and down week of weather here – starting with some very heavy rain in the Auckland region – leading to surface flooding in areas of the city and causing traffic delays in motorways.
Fog was the next weather feature to cause disruptions, with nineteen domestic flights cancelled and 13 domestic flights delayed on Thursday due to fog in Auckland.

And rounding out our odd weather week, an ‘incredibly rare’ triple rainbow has been seen in the skies of Orewa, north of Auckland, on Friday, following a very unsettled end to June that brought a mix of rain and sun across the country.
WeatherWatch.co.nz reader Caroline Keen took this amazing photo.

“Light showers. Early morning. The primary and secondary rainbows are obvious. But notice the third rainbow that is at an angle to these two. It’s colours are in the same order as those of the primary rainbow.” Amazing – thanks Caroline!

And Saturday has started off very cold and frosty in some parts of New Zealand – with the coldest morning so far for many places this year, with frosts stretching from Southland to Northland.
Frosts were ‘severe’ across parts of Central Otago this morning with air temperatures of -7 in Cromwell as of 8am. It was also -7 at Dunedin airport. Many parts of Canterbury were on -4.

And finally, check out our July weather outlook – with (spoiler alert) plenty of rain in the pipeline – as well as checking out your weekend weather forecast with Philip Duncan, here.
(And don’t forget to have your say in this week’s poll, below)!