Home > News > Where are the rainmakers? Farmers showin...

Where are the rainmakers? Farmers showing signs of concern 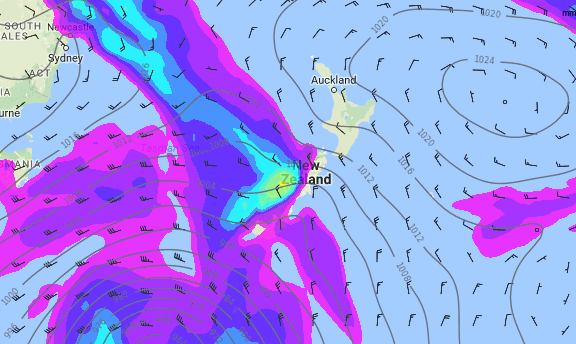 It may be gloomy and cooler for some but for those paying close attention to the sky and the ground a big dry is already underway in a number of regions.

For the most part, compared to a year ago, New Zealand isn’t quite as dry – but it’s fast catching up.

Also – it’s worth noting a few regions are already, in fact, drier than a year ago. This includes Hawke’s Bay and parts of Gisborne and Auckland.

Many other regions are drying out fast too and soil conditions are drier than average already – this includes: the Far North, Northland, Auckland, Waikato, Coromandel Peninsula, Gisborne, Hawke’s Bay and a few spots in Wairarapa, Canterbury and Central Otago.

The North Island is drying out fast – and the current pattern is keeping the spring west to south west wind flow – and this is not a good direction for summer rains in northern and eastern parts of the North Island especially. Even if heavy rain on the West Coast, it usually fades out before climbing north of Taranaki.

On New Year’s Eve heavy rain will fall on the West Coast – but only a few spits will make it into dry parts of Otago and Canterbury.  On New Year’s Day a weak southerly may see wetter weather moving into Southland and Coastal Otago while a few downpours affect the lower North Island – areas that aren’t too dry for the most part. The driest areas won’t get as much, sorry.

Over the entire first week of January we do see a few showers across New Zealand – but not really much in the driest regions that will have any serious impact – and not repeating itself daily, more a one off day here and there with a few showers.

Meanwhile the most long range models (which can be a bit hit and miss for an accurate daily forecast but do often pick trends over time) are showing this current spring-like pattern lasting right up until the middle of January (Week 2).  This trend may see more rain for the West Coast but drier weather for western areas north of Waikato/Waitomo. It may also encourage drier, hotter, weather in the east with more highs up to – and above – 30 degrees.

WHAT ABOUT LA NINA?
Remember La Nina is a weak one this summer – and it’s measured at the equator, a long way from here. For now the highs coming from our west are keeping the sub-tropics just north of NZ mostly dry. This belt of high air pressure is acting like an invisible brick wall and stopping the big tropical rain makers from heading south. But if you’re a worried farmer in the north La Nina may be your biggest silver lining this summer. While it’s a bit of a wild card considering the current west to south west pattern, all we need is a decent break in these Aussie highs and suddenly we’re more vulnerable to the tropical rainmakers.

CHECK 10 DAYS OF RAIN FOR YOUR FARM OR ORCHARD:
WeatherWatch.co.nz (via our free App and website) has 1500 forecast locations. The two Government forecasters we all collectively tax fund in New Zealand (MetService + NIWA) have around jsut 100 locations combined. WeatherWatch.co.nz includes every Kiwi community in the country with our 1500 forecasts, with thanks to accurate global giant Wunderground/Weather.com.

Check it out because the % (percentage) of rain is your biggest guide this summer.  Anything above 60% is a moderate to high chance of rain or showers. Anything below that may not be enough to get too excited about. This data will help you make sense of other forecasts you hear in the news media too, or from other forecasters this summer who perhaps use the word “rain” too liberally for your liking.

Always double check a forecast for “rain” with the % of rain in the WeatherWatch.co.nz forecasts we have for 1500 Kiwi locations to double check your local spot – it will really help you make sense of the rain forecasts across the summer.

– Image / Rain map for Jan 9th shows more of the same – highs in the north, driest in the east and wet weather returning to the West Coast. It doesn’t feel like La Nina yet! Map by: Weathermap.co.nz

Great explanation of what/why is causing the dry spells.
Most helpful for people to understand!

Thanks Zelda – it’s certainly a messy pattern at the moment!