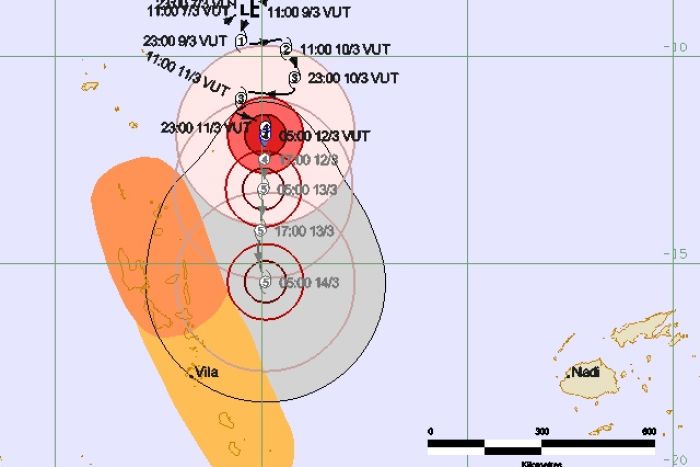 No prizes for guessing what the majority of our news focus has been this week – the developing situation to our north, where category 5 Tropical Cyclone Pam is packing a serious punch – to the tune of 300km/h plus wind gusts.
It’s been described as “a massive tornado out at sea” and yesterday made landfall in Vanuatu.
Stay up to date with the situation in the South Pacific both here at our website and also weatherzone.com.au, which has a focus and expertise on that part of the world, too.
For the latest on Pam’s path towards the country, and what it’s likely to bring, check out our daily map updates, and also our latest weather video, focusing on the cyclone, here – in which our Head Weather Analyst Philip Duncan explains why there’s uncertainty about Pam’s path this weekend.

We weren’t the only ones with an eye on the Pacific this week of course, our neighbours across the Tasman have been in the firing line, with a cyclone forming right next to Queensland in the midweek on one side, while it’s the same on the opposite coast, too.
Tropical Cyclone Nathan, and Severe Tropical Cyclone Olwyn both hit Australia towards the end of this week, with the West Coast hit particularly hard.
That wasn’t all this week either, as Sydney struggled through a fierce storm on Wednesday night, which brought down powerlines and trees, and lifted the roof of a house onto train tracks.
Fire and Rescue NSW said it responded to more than 70 weather-related incidents.
A spokesman said the storm has caused minor flooding in Campbelltown, some electrical fires, and three residential fires which may been caused by lightning strikes.

Back on home soil, and much of the nation’s attention has been captured by the arm wrestle between protesters and property developers in the neighbourhood of a 500-year-old Kauri tree in Titirangi.
About 100 people gathered at Paturoa Rd, in West Auckland’s Titirangi, early yesterday to protest the scheduled felling of the centuries-old kauri to make way for two houses that have consent to be built on the site.
A neighbouring 300-year-old rimu is also due to be chopped down – but the protesters appear to have won the battle for now, with plans to fell the trees shelved – with plenty of political support behind the movement.

And finally, some good news this week – as steady, heavy rain(!) fell over bone-dry parts of the North Island on Thursday, with the Waikato, Hawke’s Bay, Whanganui, Ruapehu and inland Bay of Plenty – as well as Wairarapa – all receiving a good dose of showers and rainfall.
Rain like this can completely reverse drought-like conditions, and it’s of course hugely positive news for many farmers.

As we head into a potentially rough weekend, remember we suggest that North Islanders download the Auckland Civil Defence APP – which is free.
We also suggest you stay up to date with any warnings funded by the NZ Govt out of MetService.
Current models at this stage show that some rain can be expected from Pam – and it may be heavy enough for weather warnings – but generally speaking wind and incredibly rough seas look to be the main feature at this stage – but watch this space!