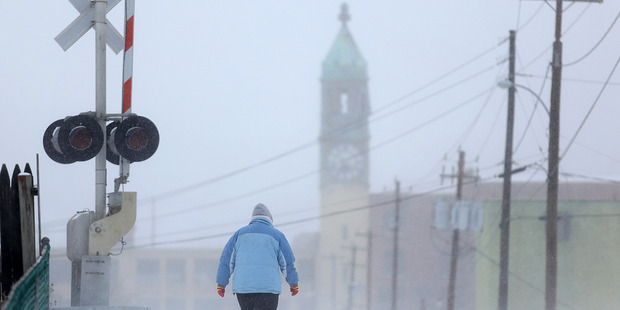 A crazy weather week so far – and it’s not over yet – as Australia continues to be buffeted by the remnants of category 5 Tropical Cyclone Marcia..

We’ll start across the Tasman, where they’ve had a very eventful week – starting in New South Wales, where storm winds in excess of 90 kilometres an hour hit the town of Griffith overnight on Monday, downing trees which trapped two people inside of cars and sending a trampoline into a power line.
The State Emergency Service (SES) says the storm hit the city at about 7:00pm (AEST) and saw around 8000 people lose power.
SES Duty Operations Officer, Jenny Slater, says there were 58 calls for help during the storm.

Then of course, the big one – on Wednesday people started talking about the approaching storm system, gathering strength as it started making tracks towards Australia’s east coast.
The compact but intense system rapidly intensified over the last 24 hours as it has slowed down as it heads towards the Queensland coast.
Late Thursday night the cyclone warning zone was outlined as between Mackay to Double Island Point, extending inland to Blackwater, Moura, Biloela, Monto, Taroom, Mundubbera, and Murgon.
Tropical Cyclone Marcia reached category 5 strength early Friday morning and made landfall at about 7:30am, bringing very heavy rain, destructive winds and large swell.

The storm made landfall as a category five storm near Shoalwater Bay, between St Lawrence and Yeppoon in Central Queensland.
Although it was then downgraded to a category four storm, wind gusts up to 250 kilometres per hour were recorded as it moved south along the Queensland coast.

A little further afield, and farmers in the USA received a stark warning this week – by the year 2050, so-called “megadroughts” could last for decades.
“Unprecedented drought conditions” ” the worst in more than 1,000 years ” are likely to come to the Southwest and Central Plains after 2050 and stick around because of global warming, according to a new study in the journal Science Advances.
“Nearly every year is going to be dry toward the end of the 21st century compared to what we think of as normal conditions now,” said study lead author Benjamin Cook, a NASA atmospheric scientist. “We’re going to have to think about a much drier future in western North America.”

Also in the states this week, heavy snowfall and glacial temperatures shut down much of the central and eastern United States– including the US government — in a new bout of bad weather in this winter of bone-chilling discontent.
News reports said four people died — three in Tennessee and one in Kansas — amid treacherous driving conditions overnight, with blowing snow hampering visibility and roads slippery from ice and slush.
As many as 50 million people were in the path of the storm, the brunt of which was borne by the US South, a region which usually enjoys relatively temperate winters.

A lot further afield now, to Mars – where a kiwi has made the longlist for selection on an attempt to settle the first ever human colony on the red planet.
St Heliers resident Saeed Ghandhari has been named among 100 people who have made it through to the next selection round of the Mars One mission – a privately-funded project set to start in a decade’s time.
The would-be astronaut is now among 50 men and 50 women from around the world selected from a pool of more than 200,000 hopefuls, and from whom the final 40 will be picked.

Back on the home front, a visitor from North America appears to be doing wonders for the Waikato River.
Tiny zooplankton could be helping reduce the amount of harmful algae in the water.
Waikato Regional Council water scientist Bill Vant says the North American zooplankton arrived out of the blue – and it’s not known how long they will stick around…

And finally, don’t forget to check out your outlook for the weekend in our latest weather video, here – and vote in this week’s poll if you haven’t already done so – it closes tonight!