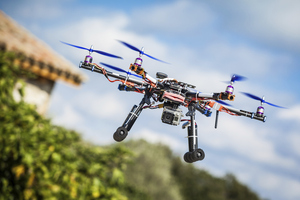 As a festive week draws to a close, we take a look back at what’s been dominating the headlines in the last 7 days – and no surprises – it’s been mostly about the 25th of December!

We started the week with some good news further north of New Zealand however, with the Bureau of Meteorology releasing its 2014/15 seasonal tropics forecast, showing that Australia is likely to experience fewer cyclones than average this season.
According to the report, Australia as a whole was likely to have fewer cyclones than a typical year, when an average of 11 cyclones are felt in the region with four crossing the coast, the bureau said.

Almost ten years ago to the day, the world watched aghast as scenes of carnage unfolded across the countries of the Indian Ocean.
The 2004 tsunami was one of the most devastating natural disasters in living memory and the donor response — a huge outpouring of governmental and private support — a heartening riposte to what was a hugely traumatizing event.
Check out the latest Oxfam report, detailing the lessons learned from the response as a whole, and how it has helped preparedness for a similar event in future, here.

Back on home soil, and along with the usual warnings around travel between holiday destinations on the roads, there has been a call for caution in the skies, as well.
Drones, or unmanned aierial vehicles, (UAVs), are a hugely popular Christmas present this year, and this has prompted a warning from Airways NZ.
Airways chief operating officer Pauline Lamb says that recent technology advances had made very powerful UAVs readily available.
“UAVs are now sophisticated enough to reach high altitudes and pose serious risks in controlled airspace. We’re asking people to always log their flights on airshare, even if they are simply taking their model helicopter for a spin locally,” she said.

While most kiwis were enjoying some time with family or friends on Christmas Day, the crew on the HMNZS Wellington traded in the sand for the icy Antarctic waters.
They’ve been on patrol since November to keep an eye on fishing areas to ensure there’s no illegal activity.
HMNZSWellington Commanding Officer Graham MacLean said they were in warmer waters closer to home over Christmas and enjoyed a Christmas Day roast – and of course a pavlova.

Even further south, the hard working and dedicated team at Antarctica NZ gathered at Scott Base for their Christmas, for a meal and other activities.
Base leader Becky Goodsell said, of the more than 50 staff involved: “We’ve got a uphill race against McMurdo which involves running uphill as fast as you can, about seven minutes of running uphill, so there’s that for the keen ones in the morning.”

In warmer climes, Australia enjoyed a very mixed day of things on Thursday, with hot, humid conditions in the north, wind in the south, storms in the southeast and perfect conditions on the west coast!
Check out the highs, lows and inbetweens across the ditch, here.

Even further north, the Cocos Islands were buffeted by strong winds on Christmas Day, as Tropical Cyclone Kate passed north of the tiny community – more than 2,000 kilometres off the West Australian coast.
The Bureau of Meteorology said the tropical cyclone reached category one intensity as it passed north of the remote Indian Ocean territories, which are home to about 600 people.

And Gisborne was shaken up a little on the day itself too, with several relatively weak shakes between 3.3 and 4.9 on the richter scale registering in the region through the day.
GeoNet says the shakes weren’t particularly strong, and no serious damage was reported from the region – but still – probably not what they were expecting on a mild Christmas Day!

Of course, the silly season is far from over, and most people will now be looking ahead to the New Years’ Eve forecast – which, though still early days, is one of cloud, wind and increasing rain or showers.
“The same high over us today will gradully move away to the east by the final day of 2014” says head weather analyst Philip Duncan. “The weather isn’t looking so flash for western areas south of about Waikato and central parts of the country”.
Check out the full outlook, here.

And don’t forget to vote in our latest poll – about New Years’ Eve – here!