Week in Weather – What’s been making headlines this week? 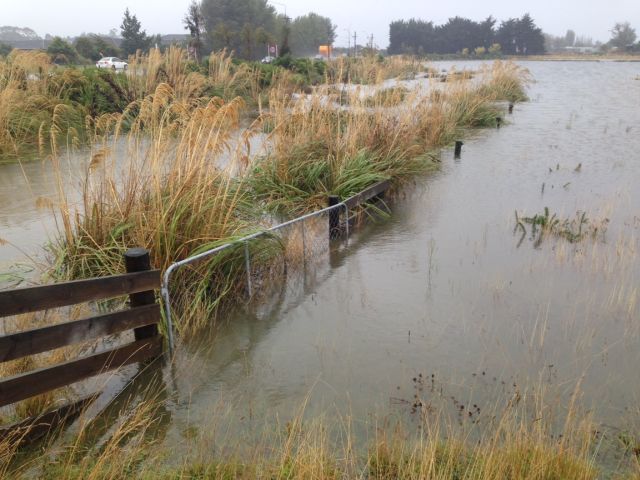 What a crazy week around the country! While some sizzled in the late Summer dry, others were wading through their own homes to the front door! But more on that later.

We started the week off wondering how Autumn was going to kick off, and our forecasters were picking a mixed bag, right from the start. These predictions soon proved accurate, as the first day of autumn brought a sudden cooling, prompting Aucklanders to break out jackets and jumpers in readiness for more fresh southwesterly winds and lower temperatures. Central Otago and Canterbury were put on alert for some rough weather, and those alerts certainly proved timely!

A little further afield, we ran a story on weatherwatch early in the week about India, and the move towards clean energy across much of the country. India has relied for decades on cheap coal to provide electricity for burgeoning industry and fast-expanding cities, putting aside worries about pollution and global warming. But from three years ago when solar capacity was almost zero, the country has added 2.2 gigawatts of solar to its electricity grid, enough to power 20 million Indian homes. Amazing stuff!

There were two big stories from the USA this week – the first from California, where severe rain and thunderstorms pounded the Los Angeles suburbs, causing more mudslides in Glendora and other towns. The rain is causing so many problems because the natural landscape is almost completely bare – following months of prolonged drought and wildfires.

Across the country, on the East coast, it was a slightly different problem – that of an icy cold storm blast, freezing the famous Niagra Falls completely solid – for the second time in a year! Remarkable images taken of the falls at night show them partially frozen and lit up in an array of bright colours.

Back at home, North Island dairy farmers were understandably heartened by news just last week of Fonterra’s forecast payout increase – but the weather was unfortunately not playing ball – particularly in the Waikato and western parts of Northland. The Waikato Regional Council is monitoring conditions around the region closely, amid reports that soil moisture is worse than this time last year, when a nationwide drought was gripping the country. Dairy NZ Regional Manager Craig McBeth says despite the good omens for dairy farmers on paper, the lack of rain in some parts is sobering.

Now, on to the biggest story of the week – the once in 50/60/100 years storm which hit Christchurch and its surrounds on Tuesday and Wednesday.
As someone who sloshed through the whole thing, I can tell you that the TV pictures couldn’t really do it justice.
There was water up to and past the doors of cars, and when you’re attempting to mount the pavement at 11:30pm and the streetlights are all out, you know something fairly drastic is happening.
Thousands of homes were without power right through the week following the storm, with 3 inches of rain falling in the paddock of one farmer we spoke to.
Firefighters faced a busy midweek, clearing fallen trees and attending call outs for hundreds of incidents, many of which forced people from their homes.
Schools and roads were closed all around the city, with the suburbs of Richmond, St Albans and Mairehau particularly hard hit.
The worst part is, it may be years until a suitable flood mitigation plan is in place for the city, with Mayor Lianne Dalziel saying at a council meeting that she wanted a proper plan in place by 2016.
“Addressing increased flooding risk continues to be a priority issue for the council and a lot of work has been done over the past 18 months since the aftershocks eased,” she said.
If you were in the city during the week, please share your photos or experiences on our Facebook page, as many have done already so far!

Finally, check out Philip Duncan’s latest weekend forecast for your region, it’s looking like rain in the south and clear in the north, with some variation in the middle for good measure!