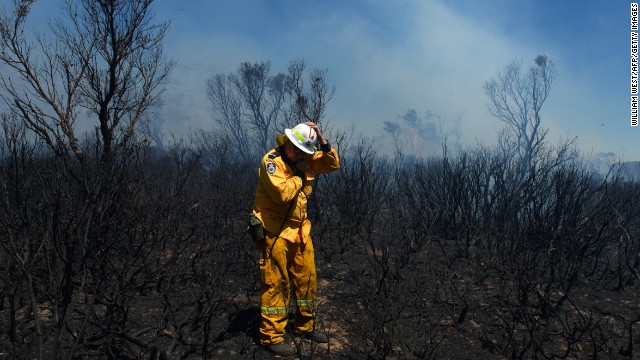 Most eyes this week will have been looking across the Tasman – specifically at New South Wales, where bushfires have devastated parts of the Blue Mountains for more than a week.

As the state’s bushfire crisis enters its ninth day, there are 57 bushfires burning across the state, with 23 uncontained, the Rural Fire Service says.

There are three “Watch and Act” alerts current for blazes burning at Springwood, Mt Victoria and Lithgow that have now burnt through almost 60,000 hectares of bush since sparking late last week. A total fire ban is in place for the greater Sydney region until further notice. More than 1,500 Australian firefighters continue to battle the flames, a fire service spokesman said late Wednesday.

Watch this space for more news from across the ditch, we’ll have regular updates on the situation there.

Closer to home, farmers in the Whanganui region were facing a huge cleanup job after the Whanganui River and its tributaries flooded over late last week. The flooding hit parts of low lying farmland very hard, with the Ministry for Primary Industries sending inspection teams to count pasture and property damage across the region. Horizons regional council incident  controller, Ged Shirley, says theyalso conducted their own assessment, and will work with MPI staff.

Here at Weatherwatch, we get reports of meteors and other bright lights in the sky from all over New Zealand, and the globe, almost every week. Last Friday, however, an especially bright meteor caught the attention of dozens of our readers from all over the world, who commented extensively on their experiences, here.

We ended the week in the same way we started it – with wild weather – as Wellington, no strangers to strong winds, experienced gales of more than 100km/h on Friday, with head weather analyst Philip Duncan predicting flight delays or cancellations in and out of the capital across parts of the weekend. “At this stage we don’t expect major problems, with winds not as strong as gales in previous weeks, but for an hour or two during the peaks of these gales there may be delays” he said.

And speaking of Mr Duncan, you can find his extensive forecast for your long weekend here – with gales for Wellington, Central NZ and eastern areas, heavy rain for the West Coast, hot winds in the north and cool winds in the south.

And so ends another week. As mentioned above, we’re keeping a close eye on the developing situation in Australia, which we hope will be resolved soon – weather is expected to stay cool for a little while longer, which will help in the efforts to contain the blazes.

Let us know what you made of the week in the comments below, and keep an eye out for our poll results this afternoon!