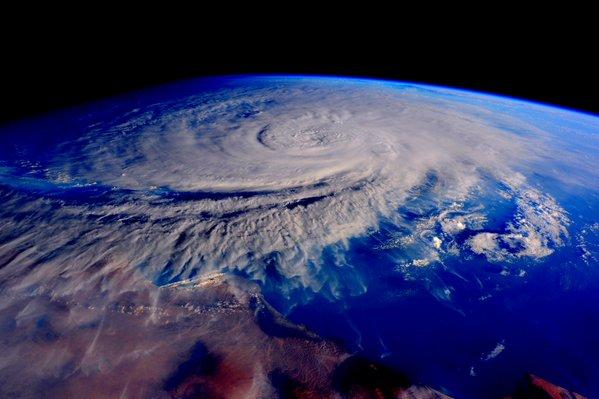 A week that started with the country as newly crowned rugby world champions (again) also saw some New Zealanders getting off to fairly frosty starts, as spring temperatures plummetted in areas this week.

The major weather headlines were all coming from overseas though, as the Middle East and Australia both grabbed international attention following storms.

We’ll start in Yemen, where Cyclone Chapala became the strongest tropical system so far south in the Arabian Sea on record on Sunday (NZT), making landfall at hurricane strength along the coast of the war-torn nation.
Chapala rapidly intensified and had estimated winds as strong as a high-end Category 4 early Saturday (Sunday NZT).

Cyclone #Chapala: 80 knots of intensification in the past 24 hours. Impressive for Arabian Sea. (Images: EUMETSAT) pic.twitter.com/7d0DB4y5oI

In a country which usually gets only a few centimetres of rain annually, and is currently ravaged by months of war, Yemen was battered by the first tropical storm to make landfall in the impoverished Arab country, slamming into Yemen’s central coast, lashing the area with maximum sustained winds of around 140 kph (85 mph).
The rainfall from the cyclone caused mudslides, debris flows, and flash flooding through the city of Al Mukalla, as well as surrounding areas.

A year of rain in 1 day. Space Station photo by @StationCDRKelly of Cyclone Chapala churning the Arabian Sea. pic.twitter.com/abl430alQG

A little closer to home across the Tasman, Australia endured a topsy-turvy week too, as wild weather caused chaos in parts of New South Wales and Victoria on Sunday, with strong winds taking the roofs off houses in both states.
In Strathmerton, in northern Victoria, wind caused destruction on a suburban street, bringing down trees and lifting the roofs off at least two houses.
“Absolutely wild. Houses completely torn to shreds,” local Instagram user Austkathy said.

Meanwhile, heavy downpours damaged homes and properties in Canberra at the end of the week, with at least 62 calls for help made to emergency services on Thursday night in the city.
Rain hit the city hard after a severe thunderstorm warning for Canberra and much of New South Wales was issued by the Bureau of Meteorology.
The Emergency Services Agency said Calvary Hospital Child Care Centre in Bruce flooded as a result of the rain.

At the bottom of the country, Tasmania announced additional initiatives to support farmers, as concerns deepen across the agricultural sector that the state is likely to receive below average rainfall over the summer period.
The Bureau of Meteorology has identified very low rainfall, especially in the north and inland, making it Tasmania’s driest October on record.

Meanwhile, back at home, we saw a bit of wooly weather ourselves – though not to the same extent – as 100km/h wind gusts were buffeting Wellington on Tuesday, while further south, inland parts of the South Island were getting off to a chilly start, with frosts in some sheltered areas.

And we finally ended the week in warmer fashion – with high temperatures coming back to finish the working week and propel us into the weekend.

Check out your full weekend forecast with Philip Duncan, here – and don’t forget to vote in this week’s poll, below!